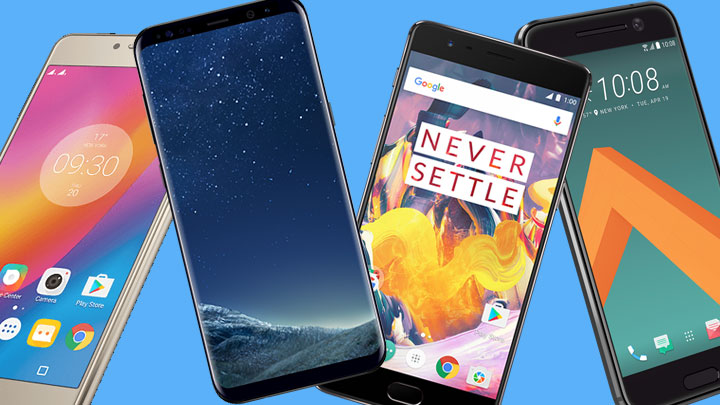 Update: A lot has happened in the smartphone world so far in 2018, and we’ve had a flurry of new entries into our best Android phones list including handsets from Samsung and Sony.

There’s one key way in which Android is massively different from its Apple-branded smartphone competition – the number of phones out there running Google’s hot mobile OS.

The big names are all here; Samsung, Sony, LG, Huawei and Google are at the fore. The many variations in screen size, processor power, software features and design makes finding the best Android phone for you extremely tough.

While we’ve already had a number of major launches this year – we’re waiting to see where the Huawei P20 and P20 Pro place in our list – there are even more phones to look forward to with the HTC U12, LG G7 and OnePlus 6 all rumored.

Will they manage to top our list of best Android phones? Only time will tell.

To help find the most fitting Android phone for you, we’ve rounded up the best Android handsets out there today, rating the phones on hardware performance, OS upgrade potential and, of course, how shiny and nice they are to have and boast about to work colleagues.

So here they are – the best Android phones money can buy today.

The best Android phone around

Samsung has once again taken the top spot of the best Android phone in the world right now.

Samsung’s latest Galaxy S9 Plus is in the top position of this list thanks to an incredible design, amazing display and some truly great power packed into the phone.

Everything that has made Samsung phones great over the last few years has been packed into this 6.2-inch device – that’s almost bezeless too – and comes with top of the range hardware and some easy to use Android software.

Samsung has added a dual-camera to the rear to enhance low-light photography, plus there’s a better located fingerprint scanner and 960fps slo-motion video recording.

A great phone for the smaller-handed

The Samsung Galaxy S9 is the second best Android phone in world, missing out on top spot narrowly to its bigger brother which boasts an extra camera on the rear.

There’s still a lot to love about the S9 though, with an expansive 5.8-inch Infinity Display, powerful chipset, 4GB of RAM and excellent 12MP rear facing camera.

Its battery life isn’t quite as strong as the S8 it replaces, and visually it’s almost identical to its predecessor. However, the small changes are welcome and it’s an impressive all-round offering.

The knock-out camera is the star here

If you’re in the market for a new smartphone and camera quality is of high importance, STOP WHAT YOU’RE DOING. The camera on the Google Pixel 2 XL is one of the most impressive snappers we’ve used on a phone.

There’s also a whole heap of power under the hood, and the 6-inch display gives you lots of space to operate.

It’s not the most premium feeling phone in the hand – a shame considering the price tag – and the viewing angle on the screen is very narrow before a blue tint creeps in, but there’s no question this is a great device.

A battery warrior with a great camera

Huawei is getting really good at making competitive, high-end flagships these days and the Mate 10 Pro is its best handset to date.

The standout feature is battery life, toppling pretty much every other phone on this list, but it’s also got a decent slug of power under the hood to handle any task you can chuck at it.

For those looking for a strong camera performance from their phone need to take a look at the Mate 10 Pro as well. Phones higher up in this list offer better auto modes, but for camera enthusiasts the Mate 10 Pro provides a great selection of modes and settings.

When it comes to being the biggest, Note 8 is the best

Three Samsung phones in the top five?! It may seem extreme, but there’s a very good reason why – they’re all really, really good.

The Galaxy Note 8 doesn’t quite hit the heights of its S9 siblings, but it’s a triumphant return to form for a series that was potentially in trouble after the Note 7 debacle.

But enough about other handsets, what makes the Galaxy Note 8 worthy of its fifth place birth? There’s no question the phablet is more of a niche device, but its iconic S Pen stylus is now even better, with higher accuracy and more levels of pressure sensitivity making it great for sketching and drawing.

Then there’s the massive 6.3-inch QHD Infinity Display which is superb for movies and games, and with a display this big using apps side-by-side isn’t just possible, it makes sense!

A confident step forward and a boat-load of features

Just when you think it’s a Samsung landslide in the best Android phones list, the LG V30 appears!

Building on the G6 from earlier in 2016, the V30 improves in a number of ways including an improved design, larger, more colorful display and an update-to-date chipset under the hood.

In short what you get is a super smartphone absolutely bursting with features, making it great for gaming, movies, photography and music.

Its design isn’t quite as jaw-dropping as the Samsung’s that rank higher than it, nor are its dual-cameras quite the all-round super snappers, but this is a seriously impressive smartphone.

The Samsung Galaxy S8 has been usurped by the Galaxy S9, but there differences between the two are low.

It means that the Galaxy S8 is still a great buy, and it now has a lower price tag making it an enticing proposition.

You still get a fantastic display, futuristic design and a great camera, making it a solid choice for those looking to save a few pounds.

The size of the Galaxy S8 Plus may put some people off at 6.2-inches, but we found the device easy to use and the main reason the Plus sits in second place is its higher price.

Everything we love about the Galaxy S8 is available here as Samsung has decided to only really changed the sizes of the screens rather than fiddling with the spec inside the device.

That same powerful 12MP camera and top of the range power setup is here to do everything you want it to as well as the new biometric tech that may allow you to unlock your phone faster than ever before.

A big-screen handset isn’t for everyone though, and for those looking for a palm-friendly phone which still boasts the power and performance of a flagship will like the look of the Google Pixel 2.

It’s bezel heavy design won’t exactly dazzle, but this is a phone you can comfortably use one-handed, with a crisp, clear full HD display and stock Android 8 Oreo at your fingertips.

The smaller size does mean the Pixel 2 carries a smaller price tag, but it’s still far from cheap and when it comes to spending this amount we’d recommend plumping for the Pixel 2 XL if its size doesn’t put you off.

The first phone to properly record in 4K HDR

Sony’s assault on the 2018 flagship summit started with this, the Xperia XZ2. It is the world’s first phone to record video in 4K HDR, and you can watch it back on the HDR enabled, full HD display.

The rear facing camera has also been improved, with the 19MP sensor offering better low-light performance than previous generations.