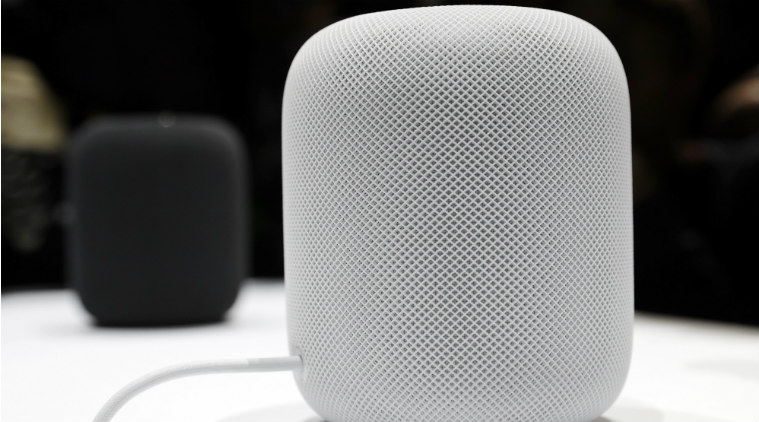 Some people who bought the just-released Apple’s $349 speaker, dubbed the HomePod, are reporting that it leaves a white ring on the surfaces of wooden furniture.

Apple’s new internet-connected speaker is proving to be more appealing to the ears than to the eyes, depending on where the device is placed. Some people who bought the just-released $349 speaker, dubbed the HomePod, are reporting that it leaves a white ring on the surfaces of wooden furniture.

In an explanation posted Wednesday, Apple said the problem occurs with speakers that, like the HomePod, are equipped with a silicon base to minimize vibration. The company said the marks will often “go away” after a few days if you move the speaker somewhere else. If they don’t, it recommends wiping wood tarnished by the HomePod with a soft or damp cloth, or cleaning the surface “with the furniture manufacturer’s recommended cleaning process.”

The marks left by the HomePod threaten to stain Apple’s reputation for designing iPhones, iPads and Mac computers that are frequently prized as much for how they look as for how they work. Though it’s still too early to tell whether the HomePod’s blemishes on wood will dampen the device’s sales. If so, that could hamper Apple’s efforts to catch up to less expensive internet-connected speakers from Amazon and Google that had a head start in the still nascent market.

Both Amazon and Google designed their speakers primarily to serve as digital hubs that manage peoples’ homes and lives via voice-activated assistants. Apple, by contrast, is marketing the HomePod as a high-fidelity speaker programmed to learn listeners’ tastes and automatically select songs from the company’s music-streaming library.

In the process, Apple hopes to build upon its 36 million Apple Music subscribers and to establish a toehold in people’s homes that will give it more opportunities to peddle its services. The HomePod also features Apple’s assistant Siri, which is still catching up to Amazon’s Alexa and Google’s eponymous Assistant in responsiveness and versatility.