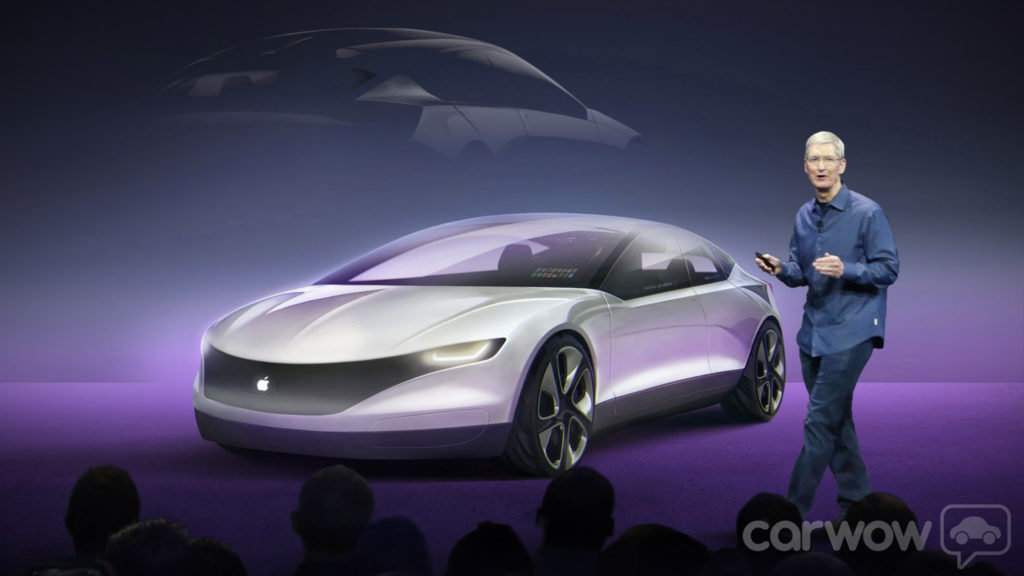 Is Apple working on a self-driving car – or just an automated driving software system? Read on to find out what’s going on behind the steering wheel at Apple.

Apple has a number of projects going on behind the scenes, and at least one of them involves cars. The company – just like many other tech companies – is looking at how technology will find its way into the cars of the future. We don’t mean that Apple is building an actual car, but it does appear that the company is interested in the technology behind self-driving cars and other exciting developments in that space. (And one analyst still thinks Apple is likely to make the cars itself within the next two years.)

The iCar project has been going on behind the scenes at Apple for a long time. Back in February 2015, there were murmurs that Apple was working on a car that would “give Tesla a run for its money” after Business Insider spoke to an Apple employee with knowledge of the subject. This, coupled with sightings of cars registered to Apple clad with sensors/cameras (which were later debunked), got everyone talking about the prospects of an Apple Car, or iCar.

The iCar project is codenamed ‘Titan’, according to The Wall Street Journal, which originally stated there were “several hundred” Apple employees working on the project.

While reports originally claimed that Apple was working on a self-driving car, a 2017 interview with CEO Tim Cook suggested that Apple may have changed directions on the project and is now working on an autonomous driving platform. This was supported in November 2017, when two Apple computer scientists published research proposing a 3D detection system called VoxelNet, which they said would work effectively at helping autonomous cars avoid collisions with pedestrians and cyclists. It’s since emerged that the company has filed a patent dealing with in-vehicle climate control.

Whatever the end product, Apple is developing something car-related, whether it’s an autonomous driving system, an Apple Car or simply an in-car entertainment system – although the company will never admit what. We’ll let you read all the evidence below and decide for yourselves.

When will the Apple iCar launch?

Of course, until we see Tim Cook on stage announcing the iCar, no one knows when or if any car related software or hardware will ever be released by Apple. But Bloomberg is among the brave outlets willing to put a time frame on the iCar development, suggesting that Apple will release the iCar as soon as 2020.

The journalists claim to have spoken to people close to the matter, who say: “Apple, which has been working secretly on a car, is pushing its team to begin production of an electric vehicle as early as 2020.”

Automakers usually spend between five and seven years developing a car, which shows Apple’s aggressive and demanding goals for its team. Is it gearing up for a battle against GM and Tesla? Both aim to have electric vehicles that travel over 200 miles on a single charge on the market by 2017.

Outspoken Apple analyst and lover of Apple TV rumours Gene Munster reportedly told clients in a note that we shouldn’t expect the iCar for at least five years. He believes that a TV will be coming before an iCar, simply because profits are even smaller on cars than they are on TVs – a TV would also make more sense with Apple’s hardware/software background, he says.

However with this being said, the WSJ reports that Apple has revised its original plan of a 2020 announcement and is instead aiming for a slightly closer announcement.

The report claims that Apple has designated the iCar internally as a “committed project” and is now aiming for a 2019 release date after spending more than a year looking into the feasibility of an Apple-branded car, although conflicting reports suggest it’ll be two years later, by 2021.

Those of you expecting to see an Apple-branded car on the roads in 2019 may be disappointed, as for Apple a ‘ship date’ doesn’t necessarily mean the date that customers can buy the iCar.

Instead, it refers to the date that Project Titan engineers will sign off on the iCar’s main features. It’ll still have to undergo rigorous testing once these features have been signed off before any consumers are able to get their hands on it.

What Tim Cook says about the Apple Car

Talking about the project, Cook says that Apple is “focusing on autonomous systems” and that “it’s a core technology that we view as very important. We sort of see it as the mother of all AI projects. It’s probably one of the most difficult AI projects to actually work on”.

Of course, Cook wouldn’t confirm or deny whether Apple is working on producing an iCar, driverless or otherwise, or whether the technology will be used by existing car manufacturers. “We’ll see where it takes us. We’re not really saying from a product point of view what we will do.”

According to Cook, Apple is currently focusing on everything it takes to ‘view’ the world around the car and understanding what it means in the context of navigation and safety.

While this isn’t confirmation that Apple is working on a car to utilise the self-driving technology, it’s not a huge leap to make either.

Apple’s Tim Cook also discussed the possibility of an Apple Car during an interviewwith Fortune in February 2016. Cook said: “We don’t have to spend large amounts to explore”.

Apparently, Apple becomes “committed” to a project once the company begins spending huge amounts of money on tools, company acquisitions and other processes (as rumours suggest the company has), although hiring experts don’t seem to count. “We explore things with teams of people. And that’s a part of being curious,” Cook said.

It wasn’t the last that Cook had to say about the iCar, either. Only days after speaking to Fortune, Cook teased attendees at an Apple shareholders meeting about future possibilities. “Do you remember when you were a kid, and Christmas Eve… it was so exciting,” Cook reportedly said. “You weren’t sure what was going to be downstairs. Well, it’s going to be Christmas Eve for a while.” We’ll obviously be waiting some time for an Apple-branded car, but the latest comments from the Apple CEO will definitely add fuel to the fire.

During Apple’s Q4 2016 financial results, Apple CEO Tim Cook answered a flurry of questions regarding Apple Pay, Siri and most importantly, the Apple Car. While the CEO neither confirmed or denied the existence of Apple’s rumoured electric car, he said that Apple “always looks for ways that we can improve the experience and the customers’ experience on different sets of products”.

“And we are always looking at new things, and the car space in general is an area that it’s clear that there is a lot of technologies that will either become available or will be able to revolutionise the car experience.” he continued. “And so it’s interesting from that point of view, but nothing to, certainly nothing to announce today.”

As usual, Cook is speaking in riddles, but if you read between the lines, it does hint that Apple may have something to announce somewhere down the line.

Evidence that Apple is working on an automated car

Here is where we list some of the most prominent rumours suggesting Apple is making an iCar.

Analyst: Apple likely to go ‘all in’ on self-driving cars

Guggenheim analyst Robert Cirha, in a research memo sent out to clients and seen by AppleInsider, has argued that Apple will “get all-in or all-out [of self-driving cars] over the next 2 years”, and adds that his firm is “thinking all-in, given the draw of technology disruption and sheer size of [the potential market]”.

The generally accepted wisdom at present is that Apple will make software for cars rather than the cars themselves. But Cirha observes that this does not fit with the company’s MO, which is to control the entire experience, hardware and software together. (Apple does make iTunes for Windows and a migration app for Android, but there are very few exceptions to this rule.)

“We see its entire business model based on vertically integrated control,” he writes, “so think it unlikely Apple sells modular AI to third parties.”

This is just a prediction, and it would still be a huge step for Apple to take on the car market: Cirha notes that this could go either way. But his argument that ‘all in’ is more likely has a good amount of sense to it.

Apple has a test fleet of 27 self-driving vehicles, according to a Bloomberg report.

The company has been testing its autonomous cars in California since at April 2017 when it received its first permits to test there.

The Bloomberg report claims that Apple has registered 24 Lexus RX450h sport-utility vehicles in addition to the three it was already using for tests.