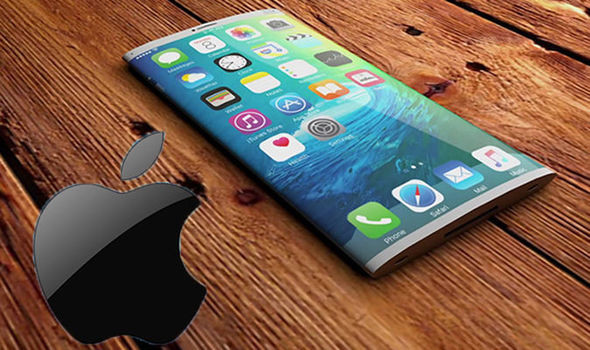 APPLE is looking into screen tech for an iPhone with a wrap-around display plus a pressure sensitive Pencil and ear detecting smart EarPods.

The future iPhone from Apple could feature a new type of display that wraps around the handset for a true edge-to-edge view.

The new screen tech was spotted in an Apple patent which shows off the wrap-around screen with no side bezels at all.

Apple has been filing patents for varying forms of a wrap-around display since 2011. This latest patent shows details on how that screen could work.

Apple has also filed for patents which describe a version of its Pencil stylus with new pressure sensitivity – something which could be useful when drawing.

The Apple EarPods also made an appearance on the patent which described “earphones with ear presence sensors”.

These could allow auto pause for music when the earphones are removed.

They also describe operating in one earbud mode when a single earphone is removed – presumably ideal for use as a hands-free kit. 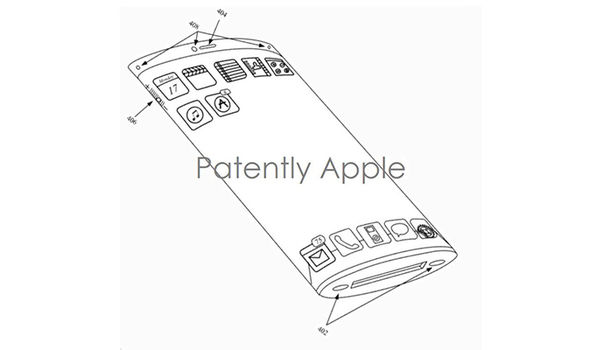 Apple is also expected to launch a new iPhone SE 2 which will use the iPhone X style screen in the smaller form factor of the SE handset.

The result should be a phone the size of the current iPhone SE but with a far larger display, while remaining affordable.

Apple is expected to make lots of software announcements next month at its Worldwide Developer Conference 2018.

The WWDC 2018 event should reveal the new iOS 12, macOS, tvOS and watchOS. There is also expected to be a new MacBook with Retina Display revealed.

This new laptop could replace the MacBook Air and take its place as the portable and affordable entry-level laptop for Apple.

Announcing the dates on its website, the Cupertino company said: “Every year, WWDC provides an opportunity for millions of developers to learn more about how to create new experiences across Apple’s platforms for iPhone, iPad, Apple Watch, Apple TV, Mac and HomePod.

“A broad range of robust developer APIs, including SiriKit, HomeKit, HealthKit, GymKit, MusicKit, ResearchKit, and CoreML, give developers new ways to help users take command of everything from their health and homes, to how they get around, shop and learn.

“Last year at WWDC Apple debuted ARKit, and since then, developers with apps in every category on the App Store have embraced inventive ways to engage customers with virtual experiences overlaid in the real world.”