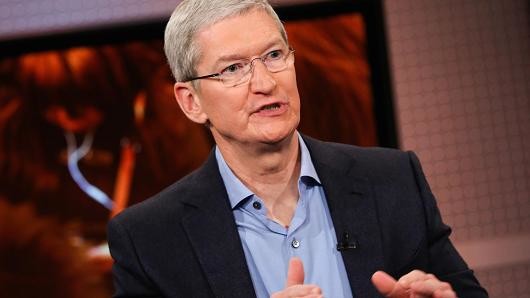 Apple will lay out its plans and priorities for the next year on Monday: Here’s what to expect

Apple‘s annual developer conference, WWDC, starts next week with a keynote address on June 4. It’s focused on tools for the developers who build iPhone and Mac applications, but also gives Apple-watchers the best sense of the company’s broad priorities for the new year.

In the past, Apple has used the event to roll out new products for developers to build augmented reality applications, home-hardware automation, medical research apps and more. That’s distinctly different from its fall event, which is usually narrowly focused on a handful of new products.

There may also be news for investors who are looking closely at the company’s software and services segment, one of the big sources of growth at the company.

Here’s what you can expect from the show.

That means you should expect big new changes to the software that powers your iPad and iPhone, which I suspect will be called iOS 12 if Apple sticks with its traditional naming scheme. Apple introduced gestures with the iPhone X, so it’s possible we might see more of those at the show.

After hitting a new high, Apple is consolidating. Here’s which direction it will break  7 Hours Ago | 02:41

Also, The Information reported Apple will start to let developers control the near-field communications (NFC) chip inside the iPhone for more than Apple Pay, including potentially for public transit payments and unlocking smart door locks.

Apple will also probably introduce the new version of macOS, including a new name to succeed last year’s macOS High Sierra. Expect new software for the Apple Watch and Apple TV, too.

Keep in mind that WWDC usually just includes a preview of this new software and that it typically rolls out to devices later in the year. The new version of iOS usually hits consumer iPhones and iPads around September when Apple introduces new iPhones, for example.

Siri has been a huge weak point for Apple, especially compared to Amazon Alexa and Google Assistant. I’ll be shocked if Apple doesn’t discuss a big bump in Siri’s intelligence, especially if Apple wants its HomePod smart speaker to be as useful as Amazon Echo and Google Home.

Siri doesn’t seem to hear my requests as accurately as Alexa and Google Assistant, for example, and while it might let me do certain things on my Apple Watch — like send a text message — I can’t do the same things from Siri on my TV. Also, while Alexa and Google Assistant let you use those voice controls to play TV shows and movies on the Fire TV and Chromecast, respectively, you can’t use Siri on a speaker or phone to control an Apple TV.

Finally, while Google and Amazon are typically able to provide an answer for a question I ask them, Siri seems to result to searching the web all too frequently. I hope that changes.

Hardware: Probably not, but maybe some new Macs

Apple probably doesn’t have a new iPad ready for WWDC, since it introduced a new standard model back in March and there hasn’t been any indication of a new iPad Pro just yet.

Apple could refresh its Macs with Intel’s new eighth-generation Core processors, a bump from the seventh-generation introduced last year. Bloomberg said in January Apple plans to upgrade its laptops sometime in 2018, so it might not happen at WWDC.

A lot of unsubstantiated rumors have suggested Apple will launch a new 4-inch iPhone to succeed the iPhone SE 2, but analysts and reporters who usually are the most accurate at new iPhone launches haven’t said that will actually happen.

Finally, if Apple doesn’t kill the product entirely, it might finally announce a price and release date for AirPower, its wireless charging mat that’s supposed to let you wirelessly charge the Apple Watch, an iPhone and AirPods (with a new special case) at the same time. Apple announced this back in September when it introduced the iPhone X but it still hasn’t launched.