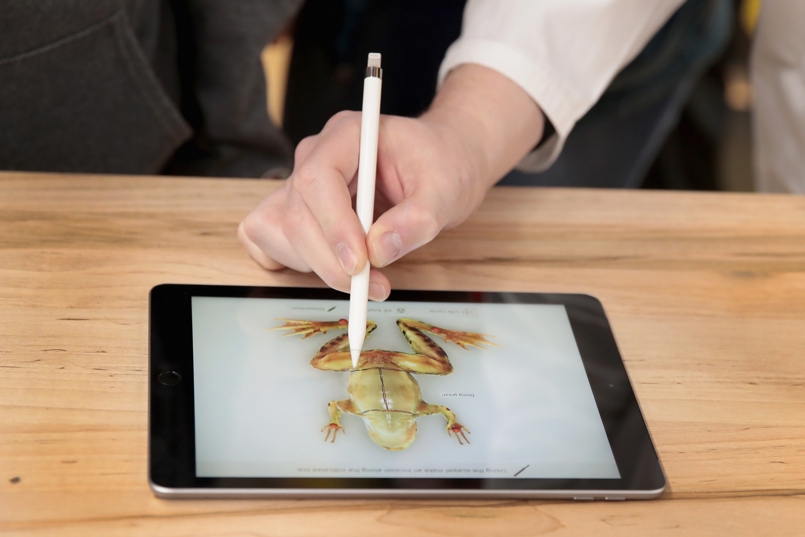 At last night’s event, there was a lot of talk about Apple wanting to take on Google in the education sector. But does any of it matter to us in India?

Last night, Apple hosted an education-specific event in the US where it unveiled a bunch of software made specifically for teachers and students. It also launched a relatively-affordable 9.7-inch iPad with the hope of replacing Chromebooks that have flooded classrooms in the US.

The new 9.7-inch Apple iPad is set to come to India sometime next month. In the meanwhile, you can buy a select few Chromebooks in the Indian market. And while the industry is enamored by the adoption of Chromebooks by the student community in the US, consumer preference is different in India. In effect, it seems highly unlikely that tough competition between the two huge behemoths will bring about rapid change to classrooms here.

In the West, classrooms and school curriculum adapt digital technologies rather closely. Students are encouraged to go far beyond books. Assignments to daily classwork is largely done on computers, and is the primary reason why affordable Chromebooks have permeated classrooms across different levels. Besides hardware, the free G Suite apps have also become mainstream for students. That’s also why Microsoft has taken a closer look at the education business with the Windows 10 S and Surface Laptop. Neither products got widespread attention in India. Even today, India largely relies on rote learning techniques (although that may not be advocated by educationists), and hence pen and paper are highly valued by students till early college.

In contrast, during the higher education years, especially with professional courses with B-schools, interaction is largely driven by laptops, where the idea is to have a longer shelf life. The frugal thought of a student would like to see the laptop be useful at least during the initial couple of years in the professional world.

As per a NYT article from last year, over 30 million students in the US are using Chromebooks and G Suite apps. Another stat says that in the US, 60 percent of laptops and computers use Google software, followed by Apple’s iOS at 12.3 percent, and macOS at 4.7 percent. It is little wonder that Apple is planning to take on Google and replace Chromebooks and G Suite apps with its low-cost iPad and Schoolwork app.