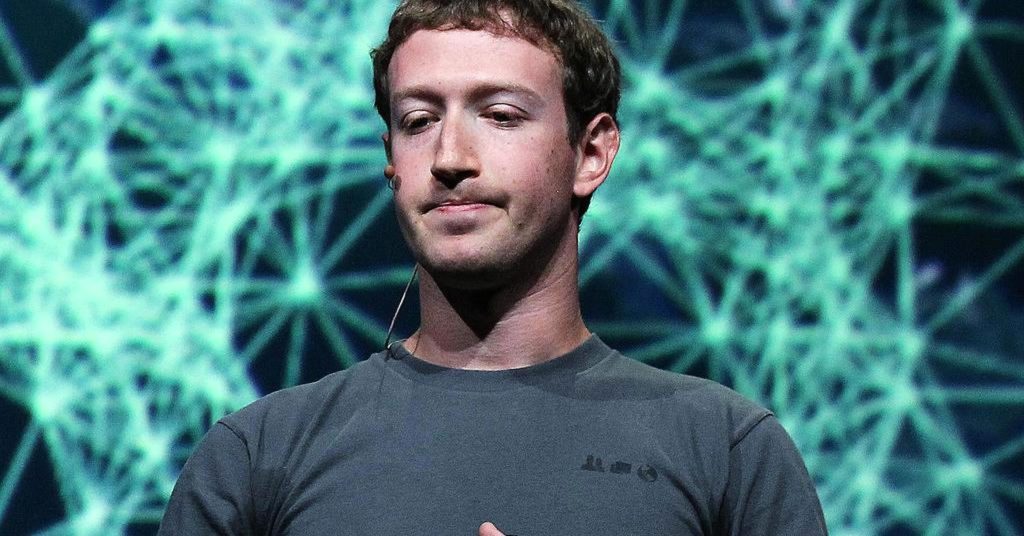 WASHINGTON: Facebook Inc Chief Executive Mark Zuckerberg swapped his trademark T-shirt and jeans for a dark suit and a purple tie on Monday as he met US lawmakers to apologise for the social network’s misuse of its members’ data and to head off possible regulation.

His apologies precede two days of congressional hearings this week, where Zuckerberg will be asked how 87 million Facebook users’ data was improperly shared with a political consultancy, Cambridge Analytica.

He will also likely face questions about ads and posts placed by Russian operatives, in what U.S. authorities believe was an attempt to influence the U.S. 2016 election.

“We didn’t take a broad enough view of our responsibility, and that was a big mistake,” he said in written remarks released by the U.S. House Energy and Commerce Committee on Monday. “It was my mistake, and I’m sorry.”

If Zuckerberg does not provide satisfactory answers this week, Congress is more likely to push new laws to strictly regulate Facebook. Anticipating such a move, the company has already said it favours new legislation that would make social networks disclose who is behind political ads, much as TV and radio stations must already do.

Tighter regulation of how Facebook uses its members’ data could affect its ability to attract advertising revenue, its lifeblood. Facebook shares closed up 0.5 percent on Monday. They are still down almost 17% from highs hit in January, amid a broader tech selloff, partly because of investor concerns about regulation.

Privacy issues
Zuckerberg traversed Capitol Hill on Monday surrounded by police and trailed by packs of reporters ahead of his scheduled appearance before three congressional committees on Tuesday and Wednesday.

Zuckerberg held meetings with the top Republican and Democratic senators on the Commerce and Judiciary committees that will question him on Tuesday in a joint meeting. He faces further grilling from the House Energy and Commerce Committee on Wednesday.

On Monday, he was pictured in one photo showing his mobile device to Senator Bill Nelson, the top Democrat on the Senate Commerce Committee. He did not respond to questions from reporters as he entered and left the building.

Nelson told reporters after the meeting: “The message I wanted to convey to him is that if we don’t rein in the use of social media, none of us are going to have any privacy anymore.”

Top of the agenda in this week’s hearings will be Facebook’s dealings with Cambridge Analytica, a London-based company that counts U.S. President Donald Trump‘s 2016 campaign among its past clients, or go-betweens. Cambridge Analytica has disputed Facebook’s estimate of the number of affected users.

Lawmakers are also expected to press Zuckerberg closely on the 2016 election, which he anticipated in his written testimony.

“It’s clear now that we didn’t do enough to prevent these tools from being used for harm…” he said. “That goes for fake news, foreign interference in elections, and hate speech, as well as developers and data privacy.”

Zuckerberg’s testimony said the company was “too slow to spot and respond to Russian interference, and we’re working hard to get better.” He vowed to make improvements, adding it would take time, but he was “committed to getting it right.”

Facebook disclosed in September that Russians under fake names had used the social network to try to influence U.S. voters in the months before and after the 2016 election, writing about inflammatory subjects, setting up events and buying ads.

In February, US Special Counsel Robert Mueller charged 13 Russians and three Russian companies with interfering in the election by sowing discord on social media.

The company’s data practices are under investigation by the US Federal Trade Commission.

Facebook has about 15,000 people working on security and content review, rising to more than 20,000 by the end of 2018, Zuckerberg’s testimony said. “Protecting our community is more important than maximizing our profits,” he said.

As with other Silicon Valley companies, Facebook has been resistant to new laws governing its business, but on Friday it backed proposed legislation requiring social media sites to disclose the identities of buyers of online political campaign ads and introduced a new verification process for people buying “issue” ads, which do not endorse any candidate but have been used to exploit divisive subjects such as gun laws or police shootings.

The steps are designed to deter online information warfare and election meddling that U.S. authorities have accused Russia of pursuing, Zuckerberg said on Friday. Moscow has denied the allegations.

A Facebook official confirmed that the company had hired a team from the law firm WilmerHale and outside consultants to help prepare Zuckerberg for his testimony and how lawmakers may question him.