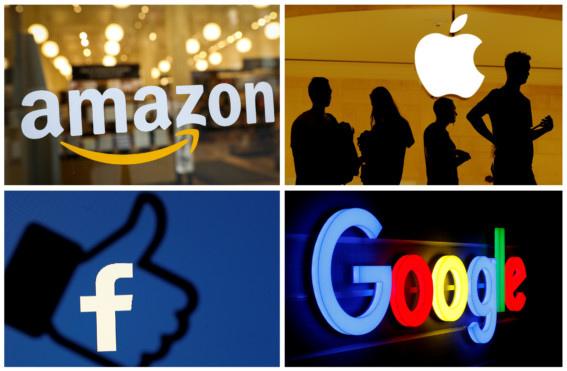 The US’s state attorneys general have tangled with mortgage lenders, tobacco giants and the makers of addictive drugs. Now, they’re setting their sights on another target: Big Tech.

After years of federal inaction, the state watchdogs are initiating sweeping antitrust investigations against Silicon Valley’s largest companies, probing whether they undermine rivals and harm consumers. Their latest salvo arrives Monday, when more than 40 attorneys general are expected to announce their plan to investigate Google, delivering a rare rebuke of the search-and-advertising giant – and its efforts to maintain that dominance – from the steps of the US Supreme Court.

The states seek to probe allegations that the tech industry stifles start-ups, delivers pricier or worse service for Web users and siphons too much personal information, enriching their record-breaking revenue at the cost of consumer privacy.

“The growth of these [tech] companies has outpaced our ability to regulate them in a way that enhances competition,” said Keith Ellison, a Democratic attorney general from Minnesota who is signing on to the effort to probe Google.

“They need to be regulated,” he continued, “and my view is, it’s the state AG’s job to do it, particularly when the federal government is not necessarily a reliable partner in the area.”

Historically, the federal government has taken the starring role in competition matters, including investigations into potential monopolies and mergers, and such inquiries involving the tech giants are underway. But the states are potent actors in their own right, with the power to invoke local laws on antitrust and consumer-protection and to tap Washington’s antitrust statutes on behalf of their residents.

When state attorneys general have banded together on a broad, bipartisan basis, they’ve managed to muscle major changes to other industries. They forced billions of dollars in payments from Big Tobacco to pay health claims and finance antismoking campaigns in the 1990s. Two decades later, they helped reform unfair mortgage lending practices. More recently, states have led lawsuits against pharmaceutical companies they contend are responsible for the opioid crisis.

Now, they threaten to do the same to Silicon Valley, unleashing potentially wide-ranging antitrust punishments against not only Google but all of tech’s biggest players.

For years, Silicon Valley has been relatively free of regulation, particularly in Washington. President Barack Obama took a hands-off approach to encourage the industry’s growth, and Congress never took serious action. But a series of scandals, including the misuse of social media during the 2016 election, thrust the industry into the political spotlight, prompting some state and federal policymakers to question whether companies had become too big, too powerful and too unchecked.

As a result, antitrust has commanded uncharacteristic political attention in recent months. President Donald Trump at times has threatened to take aim at tech giants, including Google, though his attacks often are motivated by unsubstantiated claims that the companies could hurt his election chances. Some Democratic contenders for the White House in 2020, meanwhile, have pledged to probe and potentially break up big tech if they win next November.

For months, state attorneys general similarly have been sounding off about their interest in taking on tech giants such as Amazon, Facebook, and Google. They raised their voices for privacy and antitrust scrutiny during private meetings with the Department of Justice dating back to last September, The Washington Post reported at the time.

But schisms in recent months have emerged between state attorneys general and Washington’s competition cops. Some state attorneys general have publicly charged that federal regulators are moving too slowly – even though their counterparts at the Department of Justice and the Federal Trade Commission have said in statements they are all working cooperatively.