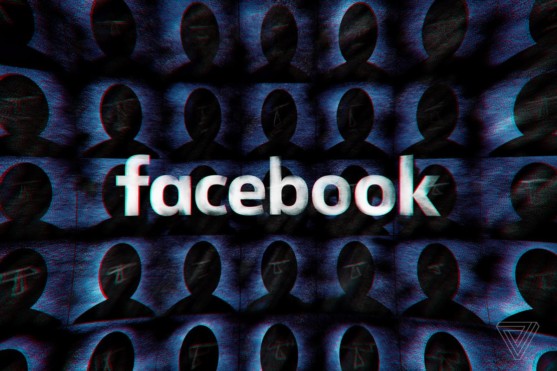 Facebook introduced new disclosure rules for political advertisements this week designed to block bad actors from meddling in elections. But in the meantime, the rules are blocking legitimate candidates from buying Facebook ads — and at least one congressional candidate in Mississippi says it could tip the election toward his opponent.

The rules that Facebook implemented in the United States this week require anyone wishing to buy a political ad to verify their identity. To do so, Facebook mails a card to their physical location containing an authorization code. Only after the candidate or advocacy group enters that authorization code on Facebook can they purchase political ads.

Facebook began allowing political advertisers to start the verification process on April 23rd. The company promoted the new process with a blog post and messages inside Facebook directed at administrators of political pages. In May, it also sent emails to page administrators advising them of the changes.

But not everyone got the message — and now some are scrambling to come up with a Plan B ahead of June 5th primary elections.

E. Brian Rose is a Republican candidate for Congress in Mississippi, and is a primary challenger to the incumbent Rep. Steven Palazzo (R-MS). Up until yesterday, Rose said, Facebook had been a critical part of his campaign strategy. He amassed more than 6,000 followers on his official page, using Facebook ads to target voters in hundreds of narrowly defined demographic targets.

Yesterday, Rose’s campaign planned to buy 500 different Facebook ads. The first batch were approved shortly before the new rules took effect. But when Rose went to buy the remainder, he received a message from Facebook saying his ads had not been authorized. Rose filled out the required online forms attesting to his identity. At the end, Facebook said it would send Rose an authorization code in the mail. He was told it would arrive in 12 to 15 days — by which point the election would be over.

“This is a devastating blow, what Facebook has done in the last 24 hours,” Rose said. “We’ve been focused on building engagement though social media, and that has been the catalyst of our campaign. It’s where we can get the most bang for our buck.”

Facebook declined to comment, but a spokesman pointed to the steps the company has taken to promote the new rules since April. Rose said he never received any messages from Facebook about the changes.

Richard Boyanton, who is mounting a primary challenge to Republican Sen. Roger Wicker (R-MS), also found himself stymied by the new rules. Boyanton said he used Facebook to target ads at voters in places where they would be too expensive for him to reach otherwise, such as Southaven, which is part of the Memphis, Tennessee television market. For between $75 and $80 a day, he said, he was able to reach between 60,000 and 70,000 Republicans in the area.

Then yesterday, Facebook informed him he would need to verify his identity before he could buy more ads. He had received a message from the company two or three weeks ago, he said, but he did not realize that he would be prevented from running ads if he did not follow the steps laid out in the message.

“It really wasn’t something that would get your attention, like, ‘hey, they’re going to cancel my ads,’” Boyanton said. “It was not that kind of deal. In fact, yesterday was the first time I noticed some of our ads are gone. I said, ‘what the hell?’”

Boyanton said he had been trying to get around the ban on ads by continuing to create personal posts for his page.

For candidates like Rose and Boyanton, the loss of access to Facebook ad tools deprives them of a cost-effective way of reaching voters in the crucial final days of the campaign. “The ironic thing about this is Facebook rolled out this new regulation in an effort to thwart people from messing with federal elections,” Rose said. “But that is, in a sense, exactly what they’re doing.”

Boyanton, a Vietnam veteran and businessman, said that he planned to shift his campaign efforts to email marketing. “I’ve never run for the US Senate before — I’ve never run for public office before,” he said. “There is a lot of bullshit out there, let me tell you.”