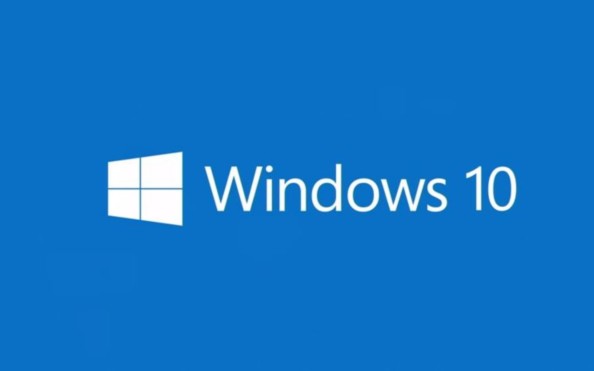 “Twenty-four months would be better for everybody,” Kleynhans said.

More than a year ago, Microsoft formalized a twice-annual Windows 10 schedule for delivering feature upgrades, promising to support each upgrade for 18 months. A feature upgrade released in September 2017, for example, was to be supported with security patches and other bug fixes until March 2019.

But last November, the Redmond, Wash. firm announced a six-month support extension for Windows 10 version 1511, the feature upgrade launched in late 2015. “To help some early enterprise adopters that are still finishing their transition to Windows as a service, we will be providing a supplemental servicing package for Windows 10, version 1511, for an additional six months, until April 2018,” Michael Niehaus,then the director of product marketing for Windows, said as he explained the decision.

In February, Microsoft added versions 1609, 1703 and 1709 – the ones released in mid-2016, and in April and October of 2017 – to the extended support list, giving each upgrade 24 months of support. (At the time, Computerworld incorrectly predicted that the longer support would become a Windows 10 fixture.)

Again, Microsoft cited feedback from enterprises for the extension: “Many customers have made significant progress in moving to Windows as a service…, [but] some customers have requested an extension to the standard 18 months of support for Windows 10 releases,” Bernardo Caldas, Windows’ general manager, acknowledged in a Feb. 1 post to a company blog.

Even so, Microsoft’s next move wasn’t to continue the practice indefinitely, as Computerworldhad forecast. Instead, the company said Windows 10 1803, which debuted April 30, would be supported for 18 months, not 24, halting the give-away.

In a report published more than a month ago – before the roll-back to an 18-month support window for versions 1803 later went public – Kleynhans and Gartner colleague Michael Silver told clients that the 24-month stretch “is only temporary,” and said Microsoft was “not go[ing] as far as establishing a general reset of the support timeline.”

Kleynhans and Silver were right. As of 1803, Microsoft withdrew the additional six months of support. Simultaneously, the developer announced that going forward it would offer support beyond the standard 18 months only under terms of a paid option it dubbed “paid supplemental servicing.” It has not disclosed any information about the price of that program, however.

Kleynhans and Silver recommended that as companies deal with the reality of 18-month support cycles – something Gartner’s corporate clients have repeatedly asserted were too short, according to Kleynhans – they should press Microsoft to return the six months the firm just reclaimed.

“Petition Microsoft at the highest levels to set the lifecycle policy for Windows 10 Enterprise and Education to 24 months,” the two analysts said in a bullet-point list of recommendations. At the same time, they advised, businesses should budget for supplemental servicing if the 18-month support stretch was stranding some Windows PCs because the IT staff was unable to match the fast pace of feature upgrade releases. “Budget for Windows Software Assurance and extended support on Windows 10 as needed,” theduo added.

The Gartner analysts also issued a stark warning. “While having the option of a paid support extension may appear attractive, we suspect these may ultimately prove quite expensive in practice and should be avoided if possible,” Kleynhans and Silver wrote in their report.

“Customers should hope for the best but plan for the worst,” Kleynhans said about Gartner’s recommendations in an interview.

The difference between 18 and 24 months is more than just six, the analysts asserted. The longer support cycle was much more understanding of the difficulties enterprises currently have keeping up with Microsoft’s every-six-months feature upgrade releases. With an 18-month support span, it has proven very tough to migrate all PCs to a supported version before the one currently powering the machines stops receiving patches. But on a 24-month support schedule, it’s feasible for IT to skip one feature upgrade in any given year.

“Organizations wanting to deploy only one update in 2018 and 2019 and skip one may do so and have a lesser chance of their PCs falling out of support, “said Kleynhans and Silver, referring to the extended support for 1703 and 1709. With six months of support added by Microsoft to each, 1703 and 1709 won’t exhaust patching privileges until March and October 2019, respectively.

The brief relaxation of Windows 10’s servicing rules, the two analysts said, should be used to improve enterprise OS upgrade processes, especially in the speed with which they can be executed, so that when extensions expire, businesses will be ready to readopt the faster change cadence. “Organizations should continue to develop a process for validation and deployment of feature updates that completes in six months,” Gartner’s experts urged.

“Microsoft’s [18-month] support cycle works fairly well if you have a well-run process,” Kleynhans said in the interview. “But no one really has a tight, well-run process right now. Not customers, not vendors, not Microsoft.” It will take all parties, he continued, “a couple of years of cycling” through feature upgrade releases to become proficient with the faster tempo.

Even so, a two-year support lifecycle would be a better solution, which is why Gartner continued to push Microsoft to modify Windows 10 servicing, and why it suggested that customers demand that from the vendor. “Petition Microsoft to make 24-month support the policy for Windows 10 Enterprise and Windows 10 Education,” Kleynhans and Silver exhorted.

“You have to plan what the formal 18-month [support] schedule actually is,” Kleynhans told Computerworld. “But 24 months would be better for everybody.”