GitHub is blocking users in Crimea, Cuba, Iran, North Korea and Syria from accessing its services to comply with U.S. trade control laws. 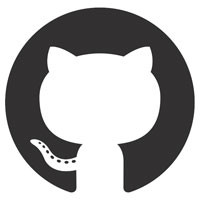 The Microsoft-owned company disclosed the action on a support page as a courtesy, noting that GitHub users ultimately are responsible for ensuring that their use of GitHub’s products and services complies with all applicable laws and regulations.

“GitHub is subject to U.S. trade control laws and is committed to full compliance with applicable law,” a GitHub spokesperson said in comments provided to LinuxInsider by company rep Marie Yrastorza.

GitHub CEO Nat Friedman acknowledged the blocking actions on Twitter over the weekend, asserting that GitHub took the action “because we have to.”

“GitHub’s vision is to be the global platform for developer collaboration, no matter where developers reside,” the GitHub spokesperson said.

GitHub takes seriously its responsibility to examine government mandates thoroughly to be certain that users and customers are not impacted beyond what is required by law, the spokesperson noted. “This includes keeping public repositories services, including those for open source projects, available and accessible to support personal communications involving developers in sanctioned regions.”

GitHub had to implement new restrictions on private repos and paid accounts, according to Friedman’s tweet. Public repositories are still available worldwide, and open source repositories are not affected by the move.

GitHub believes that by offering free services it supports the U.S. foreign policy of encouraging the free flow of information and free speech in targeted markets. Under GitHub’s Terms of Service, users may access and use GitHub.com only in compliance with applicable laws, including U.S. export control and sanctions laws.

The outcry of potential harm to free speech and U.S. citizens is a stretch, according to Cody Swann, CEO of Gunner Technology.

“Honestly, this is one of those issues where people are making it a bigger issue than it really is,” he told LinuxInsider.

Github currently is blocking only Crimea, Cuba, Iran, North Korea and Syria. This is so that Microsoft will come into compliance with very specific sanctions imposed by the US government, he said.

The blocking does make developing software a bit more difficult for developers who live in those regions. Since GitHub is a distributed version control system, however, those developers simply need someone from an unrestricted region to fork onto another platform that is not being blocked, Swann said.

U.S. trade control laws restrict the GitHub.com services that can be made available to users in certain countries and territories, according to an export overview GitHub provided as part of its blocking explanation.

Users are responsible for ensuring that the content they develop and share on GitHub.com complies with the U.S. export control laws. These include the Export Administration Regulations (EAR) and the U.S. International Traffic in Arms Regulations (ITAR).

The cloud-hosted service at Github.com is not designed to host data subject to the ITAR. Also, it does not yet have the ability to restrict repository access by country. That is available only with GitHub Enterprise Server, GitHub’s on-premises, commercial, mass-market product offering.

Also prohibited from accessing or using GitHub.com are Specially Designated Nationals (SDNs) and other denied or blocked parties under U.S. and other applicable laws. Plus, others may not use GitHub.com on behalf of SDNs or the governments of sanctioned countries.

Citizens and residents in U.S.-sanctioned countries and territories are prohibited from using IP proxies, VPNs or other methods to disguise their location when accessing GitHub.com services. They may use GitHub.com only for noncommercial personal communications.

Blocking is based on IP addresses and payment histories, according to GitHub. Thus, developers could find their accounts restricted for the duration of a visit to one of those countries. Also, developers are not allowed to use VPNs to circumvent the ban.

The remarks provided by GitHub’s Yrastorza did not provide answers to several key questions posed by LinuxInsider, including whether GitHub is blocking developers automatically or on a case-by-case basis.

GitHub also did not explain what led to the blocking or whether the move to block was the result of a direct government mandate or a proactive response to the trade sanctions.

Another unanswered question is how GitHub monitors and enforces the use of workarounds such as VPNs and proxies.

“There are plenty of European companies that use Github for work with little or no U.S. activity. They are now having their capabilities dictated by these restrictions,” he told LinuxInsider.

GitHub is displaying a classic example of the problem of regime uncertainty in economics. That is, if you do not know what the future holds, you factor that in as a risk and withdraw, Lommel added.

“So this move by Github will leave enterprises leery of accepting contributions from participants in countries that may yet be subject to sanction,” he pointed out. “This puts companies on notice that even if they are not touching on projects that implicate EAR and ITAR, they should still stay away from those countries.”

The restrictions in the short run likely will harm people in the impacted countries. They will lose access to their code, but presumably have local copies of the repositories they can use with a locally hosted repository, noted Tom Petrocelli, research fellow at Amalgam Insights. [*Correction – Aug. 20, 2019]

“Major open source projects, such as Linux, are hosted outside those countries so the impact on the projects will be muted,” he told LinuxInsider.

Most developers in the blocked countries will find ways to route around GitHub, either by old-fashioned file transfers that someone else manages and tests, or by moving to alternative services, like Atlassian, noted CA-Research’s Lommel.

Other devs will engage in a game of cat-and-mouse with GitHub by using VPNs. Many U.S.-based companies already block the addresses of known VPNs, and GitHub does not allow their use to circumvent GitHub’s controls, he added.

Still, “they cannot block all of them, not least because there are perfectly legitimate reasons why companies use them that have nothing to do with evading trade sanctions,” said Lommel.

If Github cracks down too hard in this area, it will hurt its users in other countries. All the company can do is block the obvious ways around the sanctions, he warned, adding that “the kinds of people who have adopted GitHub are in the crowd best-equipped to evade such blocks.”

The Infinix Zero 5G, Note 11, and Note 12 phones will receive Android 12 in September in India.

According to TENAA, 3C, and the Google Play Supported Device List, the Vivo Y75s could launch soon.

The Google Pixel 7 Series and Pixel 7a Could Support the Bluetooth LE Audio Standard: Report