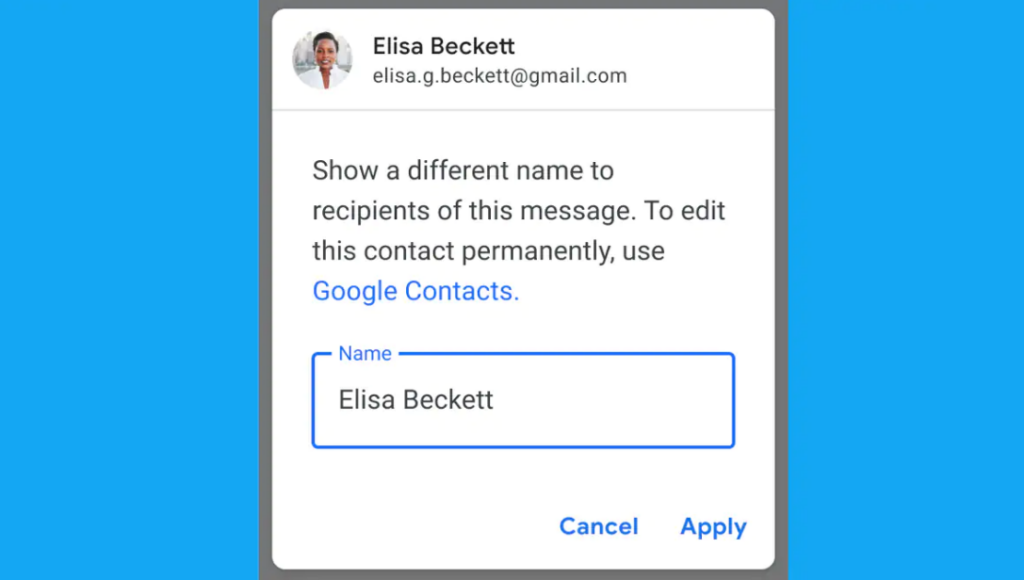 Gmail for Web is getting a slew of new capabilities that will make it easier for employees and businesses to rapidly compose and deliver emails to the right people. The majority of the improvements are to the Gmail for Web app’s email Composer. A new right-click menu to view a recipient’s full name and details, avatar chips for recipients, and new checks when adding people outside contacts and organisations are among the new features. New visual signs for adding a user as a recipient have also been added by the search giant. All Google Workspace, G Suite Basic, and Business customers will have access to the latest features.

In a blog post, Google announced the addition of new capabilities to Gmail for Web. Users will be able to engage with their colleagues and stakeholders more swiftly and confidently as a result of the enhancements, according to the company. Google has added a right-click menu that allows users to examine a contact’s entire name and copy their email address, among other changes. In addition, the user can now choose how a contact looks in an email to additional recipients. If you have a contact named Project Manager, for example, you can change the name that is displayed to recipients receiving the email. This modification will only affect the specified email, and the contact name in your contacts list will remain unchanged.

With the latest update, recipients’ avatar chips will be attached to the recipients they add while composing an email, making it easier to recognise who has been added. By hovering over recipient chips or choosing and pressing the keyboard shortcut Alt/Option +, a Gmail Web user can access a user’s information card.

When corporate users email persons outside their organisation with whom they have previously corresponded, the contact name appears in yellow. However, when a new external contact is added as a recipient, it will be highlighted, along with an out-of-organization avatar and a warning banner.

With the current upgrade, different domain names within the same organisation will no longer be recognised as external. As an example, Google uses the @google.com and @youtube.com domains. When added to an email from a @youtube.com user, users from the former will not appear as out of organisation.

There is also a mechanism that prevents receivers from being duplicated. When adding new recipients, the drop-down menu will grade-out any names that have previously been added, ensuring that the same name does not appear in several fields, such as To and CC. When shifting emails between the To, Cc, and Bcc fields, Google claims that Gmail will automatically eliminate duplicate information within the same fields.

Finally, Gmail will now verify that email addresses are accurately written; otherwise, these entries will not be converted into recipient chips. Additionally, Gmail will display an error notice warning the user to remedy the issue before sending the email.

The new features for Gmail for Web will be accessible to all Google Workspace, G Suite Basic, and Business customers starting on Wednesday, October 20. The newly disclosed features are not available to anyone with personal Google accounts.

Madhav Sheth, the CEO of Realme India, joins Orbital, the Gadgets 360 podcast, for an exclusive wide-ranging conversation in which he discusses the 5G push, Make in India, the Realme GT series and Book Slim, as well as how stores may enhance their standing. Orbital can be found on Spotify, Gaana, JioSaavn, Google Podcasts, Apple Podcasts, Amazon Music, and other podcasting platforms.