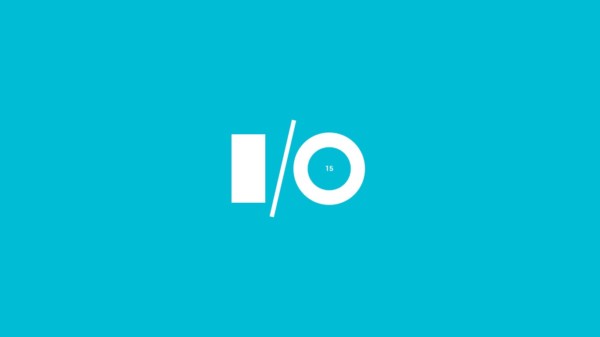 The Google I/O conference will kickstart at Shoreline Amphitheater in Mountain View with a keynote by Google CEO Sundar Pichai in which most of the important announcements will be made.

Google is getting ready to host its annual developer conference Google I/O 2018 from May 8 to May 10. Just like Apple, Google’s developer conference puts the focus on upcoming products from the company. Android P, which will be its latest operating system for mobile devices, will be one of the main highlights of Google’s conference. But there will be more from Google this year, with sessions on artificial intelligence and machine learning being the second key focus of I/O.

The Google I/O conference will kickstart at Shoreline Amphitheater in Mountain View with a keynote by Google CEO Sundar Pichai in which most of the important announcements will be made. This will start at around 10.30 pm in India on May 8. Google will have a livestream as well for the keynote. You can read more details about the keynote and how to watch it here.

Of course, one of the biggest announcements will be Android P. The developer preview is already out for Android P which hints at one major change: Google’s OS is getting ready to adopt the notch made more mainstream by Apple’s iPhone X. This is not surprising given most Android phones launching now in the market have a notch on the display. Whether most of them will be upgraded to Android P is another question. Android P also comes with improvements for privacy, an area where Google’s OS has usually been seen as lagging behind Apple’s iOS. Of course, one of the biggest announcements will be Android P.

Android P could restrict apps from gathering sensor data like location, etc, while running in the background. The other key focus in the Android segment will be around the ‘Go’ edition of Android P. Last year’s I/O had showcased Android Oreo Go, a version of the OS streamlined for budget phones. Google has already said each version of Android going forward will have a Go version, meant for phones with basic specifications like under 1GB RAM and less onboard storage. We will have to wait and see what Android P Go edition brings to the table.

While Android announcements might dominate the headlines, Google I/O will focus on the artificial intelligence and machine learning in a big way. This should not be a surprise given how most of the big tech companies are showcasing their prowess in this field. Google in particular has been implementing AI and ML-tools in its products like Translation, Google Assistant, the Google Home, even in Google Photos. Another key area of focus for AI and Machine Learning will be around its implementation in the field of medicine, where Google has been investing in the research. Google is already using machine learning to help identify objects and images, which powers products like Google Photos, Google Lens, and this same set of skills is also being to use in helping with medicine. For instance in 2016, Google had announced how it was using deep learning to help with early detection of diseases like diabetic retinopathy. It will be closely watched what new breakthroughs Google will announce in AI and ML, especially in fields that go beyond its core products.

Google I/O will also come with other consumer product related announcements around Google Photos, WearOS, which is the new name for Android Wear, and Google News according to some reports. With WearOS in particular it will be interesting to watch whether Google can revive its OS for smartwatches and wearables. Android Wear failed to make an impact in the space where Apple Watch and its watchOS are currently market leaders.

Android TV is also likely to feature in Google’s key product announcements, though the company has been silent on this front for sometime. The I/O schedule indicates that there will be new features for Android TV and this is another area where the growth has remained stagnant. The big smart TV players like Samsung and LG are using their own operating systems, with Samsung’s Tizen OS dominating in crucial markets like US, Europe. Rumours also claim a 4K-ready Chromecast could be launched at the event.

The other focus of I/O will be around Google Assistant, the company’s virtual assistant driven by machine learning, which powers the Google Home and Home Mini speaker. We are likely to see more features being added to the Google Assistant, and announcements being made to help developers take advantages of these. As Google Assistant will get more functions and features, it will require more data for better accuracy, since it relies on machine learning. This will again put focus on Google Assistant and the issue of privacy, especially in light of the growing debate around user data and how big technology companies are collecting, using it.

Augmented Reality (AR) and Virtual Reality (VR) announcements are also expected as part of Google’s big developer conference, though whether there will be new products or more developer-based announcements is what we will have to wait and see. While most technology companies have put the focus on AR and VR products for the last two years, the market remains limited, at least in the VR segment. Instead, apps with AR-driven features and elements growing, and we could see more of that at 2018 I/O as well.