With regulators around the world now keeping a closer watch on data security than ever before, Google on 14 June owned up complete responsibility for the security of customers’ data on its Cloud platform. 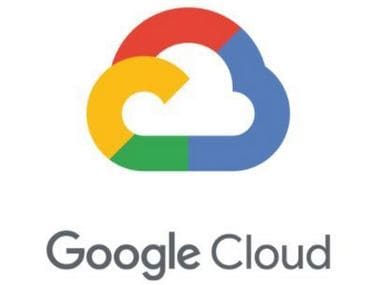 “Our businesses cease to exist if we violate customers’ trust. So we have to be responsible for customers’ data,” Miles Ward, Director – Solutions, Google Cloud, said while delivering the keynote address at the Google Cloud Summit 2018 here.

Saying that the Cloud platform can help businesses stop the bad actors in their tracks, Ward noted that Google invested nearly $14 billion in the past three years to build up its security infrastructure.

“We integrate security as first order principle…. You are safe on our platform,” he said, adding that over 1,000 of the tech giant’s security engineers keep an eye on global vulnerabilities.

Its Cloud platform was recently named a leader in the Gartner Magic Quadrant for Content Collaboration Platforms (CCP), which evaluates vendors based on their vision and ability to execute.

Google said some of the world’s most successful businesses – Airbus, Coca Cola, Colgate, Home Depot, HSBC and Philips among others – are already running on Google Cloud.

Rick Harshman, Managing Director, Google Cloud Platform, Asia Pacific, added that in the past six months, India has become the number one training destination for Google Cloud across the globe.

Harshman backed Ward’s claims on the security aspects, saying that Google is working on providing Indian customers the highest levels of security and operational excellence for companies to be able to run successful businesses.

“We have seen growth of over 800 per cent in service training here in India,” Harshman said.

With the Google Cloud India region which went live in Mumbai about eight months ago, Google said enterprises in India are able to take advantage of the high speeds, low latency and performance benefits offered by its Cloud platform services.

With Google Cloud India region, storing data in the country has become easier for Indian organisations.

In Mumbai, Google Cloud has one Cloud region which has three zones.

“We are building security into our systems as a principle, not as a response to regulatory demands,” Harshman said, referring to reports this weekend that the Reserve Bank of India asked payment services companies to provide an update on action taken by them to store transaction data in the country in every fortnight.

“The next two areas that could draw a line of differentiation are analytics and Machine Learning,” Harshman said.

“We are already trying, as a company, to democratise Artificial Intelligence (AI) and ML, making them accessible and easily usable for everyone,” Harshman added.

At the summit, Google also showcased its Cloud Auto ML, a service that simplifies the process of making ML models for different businesses by using advanced technology from Google.