Update: Google confirmed there was a core update on Monday, more details below.

Earlier this week, we reported that we saw signs of a Google algorithm update kicking off– the interesting part is that while there is a lot of chatter and signals showing there was an update, the level of that chatter isn’t what I would say is close to a Panda, Penguin or even a Fred update. It might be closer to that of the levels of Maccabees update.

The chatter in the ongoing WebmasterWorld forums has continued, an other forums also started to get into the chatter including several threads at the official Google forums, the Black Hat World forums and DigitalPoint Forums. But again, the chatter is not that insane.

That chatter did take a bit of a twist this morning with several saying the gains they saw from this update earlier in the week seems to be reversing itself. Here are some quotes from WebmasterWorld:

After a week with continuously grown traffic, yesterday evening we saw a big hit again. And its much bigger than the hit on last friday.

Got hit yesterday too, but looks like it might have recovered a bit today (though this is still not fully confirmed).

The tools are still all showing signs of major fluctuations and volatility with the Google search results: 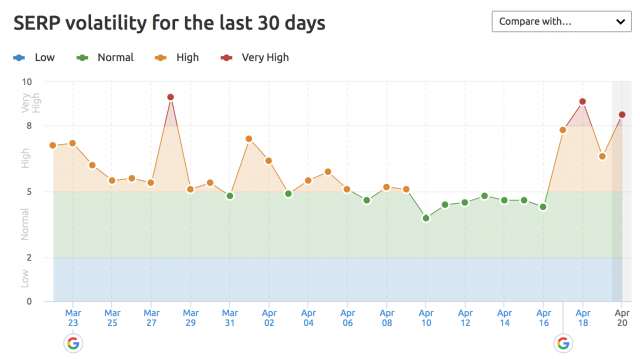 Here are some screen shots from Glenn Gabe as well: 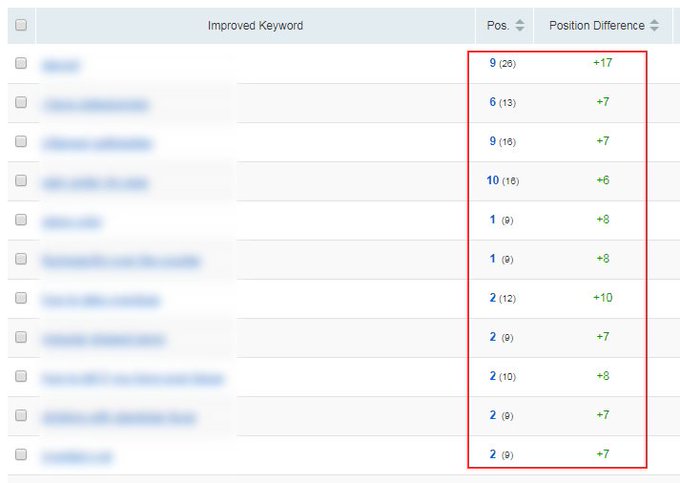