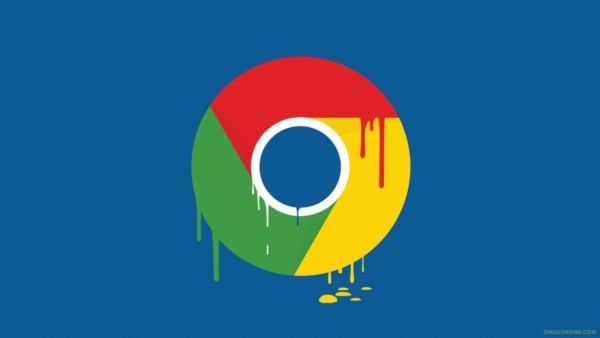 Developers and schools will love the programming tools they’ll be able to run on Chromebooks now, Google says at its Google I/O show.

At its Google I/O show Tuesday, the company announced it’s released a test version of software that brings the Debian Stretch version of Linux to its personal computer software. Right now it’ll only run on Google’s own Pixelbook, but more than half of today’s Chromebooks have the necessary hardware horsepower, and by the end of the year Google will expand well beyond its own Chrome OS device, said Kan Liu, a Chrome product manager.

Most people won’t enable the Linux feature, Liu said. But there are some who’ll really appreciate it: programmers who like more powerful development tools and schools that want to offer students a lot more computer science classes.

The move in effect means that Chrome OS is three operating systems packed into one. Chrome OS started with the ability to run only web apps like Google Docs, Facebook and Gmail. Then over the last two years, Google brought Android apps to Chrome OS, though the fit can be awkward if an app just designed for a smartphone arrives on a big-screen laptop. And now we’ve got Linux — the open-source operating system that actually was the the invisible foundation for Chrome OS all along.

“Having a device that can be flexible for its users is really important,” said Gartner analyst Brian Blau. “Developers are the main group that’s likely going to benefit. They’ll have an inexpensive appliance where they can do their work.”

The news emerged at Google I/O, the giant developer conference at which the company unveils new products and services that arrive in coming months. That includes everything from an experimental smarter smart assistant that phones in appointments for you to new features that write your Gmail responses.

The arrival of Linux means Chrome OS will become a curious combination of old and new laptop software. Chrome OS debuted with deeply integrated security, frequent and no-fuss updates, fast booting and cloud synchronization that lets you easily move to a new machine or “power wash” back to a pristine state. But Linux app support brings the operating system ways of Unix, developed first in the 1970s. Granted, Unix and Linux have advanced by leaps and bounds since then, but decades-old command-line tools remain a core element.

The Linux ability will require you to put your Pixelbook onto the Chrome OS developer release channel, a rougher version of the OS where Google tests new features. Later, Google plans to promote the features to the ordinary stable release.

With the feature, you’ll be able to install Linux software with ordinary installation tools like Debian’s apt-get. Once you do, you’ll be able to launch them the same as any other Chrome OS app, Liu said. That means you can run the PC

The Linux apps inherit the same window styling as Chrome OS apps, and Google has worked to make sure things like copy and paste are well-matched, too.

“Those are exactly the types of things we’re trying to work out and fix in this preview period,” Liu said.

Linux itself runs in a separate computing compartment called a virtual machine. That isolates it so any security problems like malware can’t affect the main Chrome OS software, Liu said. Linux apps can, though, read and write data to the Chrome OS file system, so for example you can save a photo with Chrome OS, then open it with the GIMP image editing software on Linux.

Some virtual machine software requires lots of extra memory, but Google’s approach, based on a modified version of Red Hat’s KVM virtual machine project, shares memory so Linux doesn’t impose much of an additional burden on the system, Liu said.

The Linux option is enabled through a settings change, so it won’t penalize anyone who doesn’t want it. It takes about 300MB of storage space, Liu said. But it won’t hurt performance much. The limitation on support for older Chromebooks is mostly that the Linux support today requires newer versions of Linux that aren’t always available.

“We’ve done a lot of work make the virtual machine as efficient as possible,” Liu said. “It should add only 4 percent to 5 percent of additional CPU overhead,” meaning that you won’t even notice it for most Linux tasks, he said.

The Linux software, combined with Android apps, means Chrome OS is sidestepping some earlier shortcomings that surfaced when you tried to use Chromebooks without a network connection. Google also is working to advance offline web technology like Service Workers and progressive web apps, too, so apps running in any browser work more smoothly.

Offline support has been a weakness of Chrome OS.

“The original argument for Chromebooks included an assumption of reliable, fast, ubiquitous, low-latency bandwidth, and even today we don’t meet that fairly high bar,” said Endpoint Technologies analyst Roger Kay. “Otherwise, there are a lot of good reasons to go with a cloud-based architecture.”

Google I/O: All our coverage of this year’s developer conference.

Google Assistant could become the most lifelike AI yet: Experimental technology called Duplex, rolling out soon in a limited release, makes you think you’re talking to a real person.