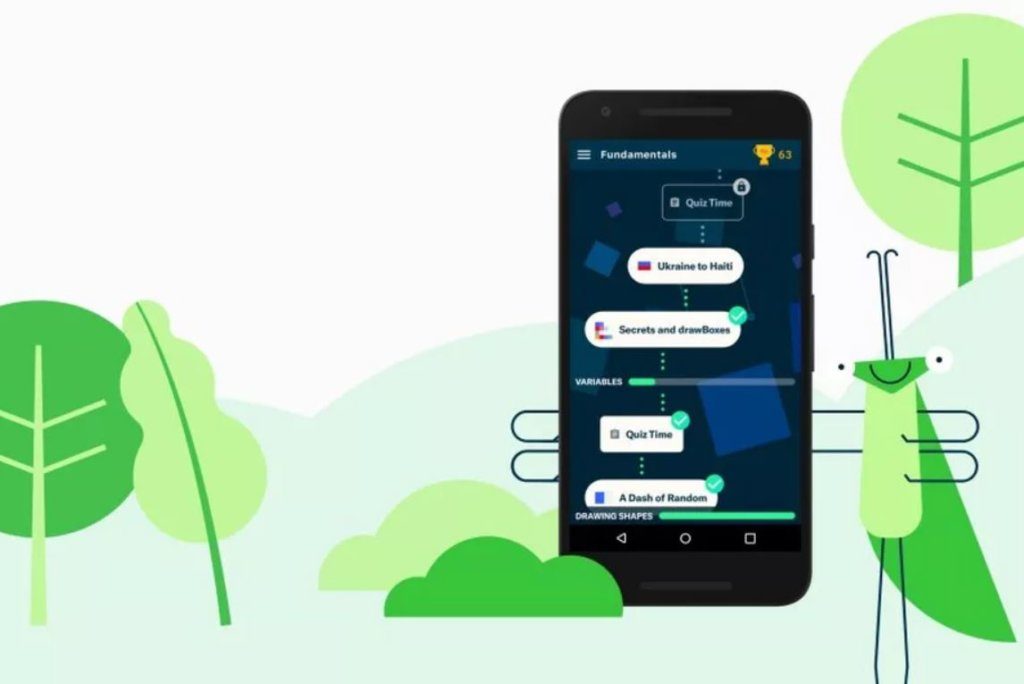 Grasshopper is an app for learning JavaScript through mini-games

Google’s in-house incubator Area 120 just released an app called Grasshopper, which teaches you how to code JavaScript through a series of fun mini-games, as reported by 9to5Google. The goal, according to the coders who worked on the app, is to make coding feel fun and approachable as it increasingly is becoming a necessary skill.

The app works with bite-sized puzzles and quizzes, so you can breeze through a couple lessons each day when you have some spare time. You log in with your Google account, are walked through basic coding definitions, and then you start the exercises. The further along you get, the more complicated the puzzles become. The app will also ask if you’d like to set a practice schedule and get reminders — daily or a couple of times a week — so you don’t lose any recently learned skills.

Grasshopper begins with what it calls “The Fundamentals,” which includes things like calling functions, variables, and strings. Every time it introduces a new concept, you get several puzzles for practice. For example, an early puzzle dealing with shapes asks you to draw the French flag. It shows what the solution looks like, and then below is a space where you can tap on blocks of code to build a script that replicates it. Later courses cover animations and more complex functions using the well-known D3 library.

Drawing on reward structures that many mobile games currently rely on, there’s also an achievements section within Grasshopper. Here, you can see how many concepts you’ve unlocked, the number of JavaScript keys you’ve used, and how many days long your current coding streak is.

Though the team says it is working on adding new lessons and expanding the curriculum, it doesn’t plan on teaching languages other than JavaScript. As the app’s site notes, JavaScript is used by more than 70 percent of professional developers, and “Grasshopper uses JavaScript to teach fundamental programming concepts that are universal to almost all programming languages.”

Grasshopper is free to download from both Google’s Play Store and Apple’s App Store.