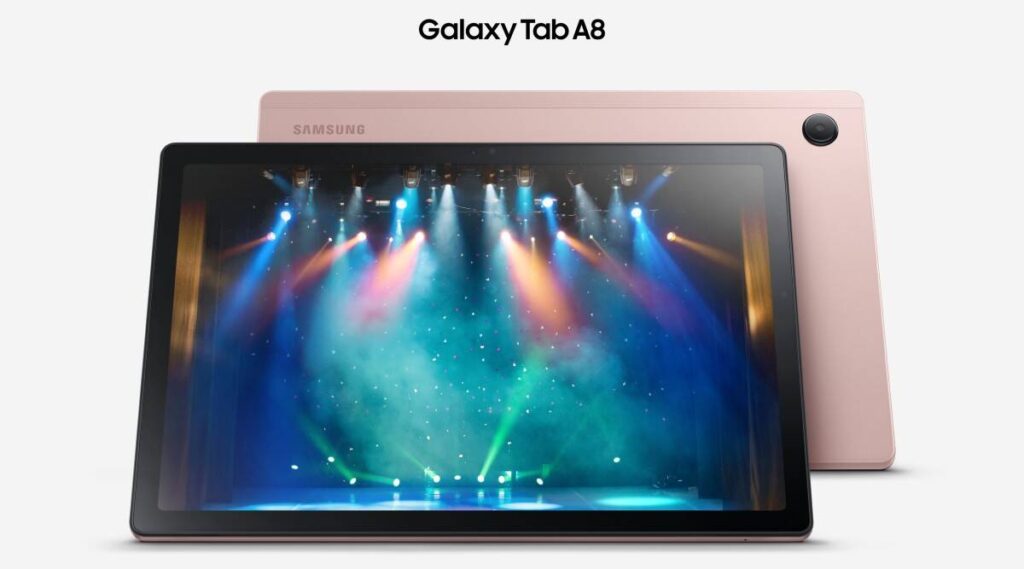 Here’s all you need to know about the Samsung Galaxy Tab A8.

Samsung has announced the release of a new Galaxy Tab A tablet. The new Galaxy Tab A8 2021, according to Samsung, has a larger screen, higher performance, more storage, and increased multitasking features that will be useful for students and professionals.

Specifications for the Samsung Galaxy Tab A8 2021

With two Cortex A75 cores and six A55 cores, this chip is made on a 12nm process. A Mali G52 MP2 GPU is also included. The Qualcomm Snapdragon 662 chipset was used in Samsung’s prior Tab A7.

The new Galaxy Tab A8 2021 also comes with 3GB RAM and 32GB storage as standard, with a 4GB RAM/ 64GB storage model available for those who need more power. This year, however, users will have access to a new storage configuration, which includes 4GB of RAM and 128GB of storage on the top-end model.

In addition, the tablet has a 5MP fixed-focus front camera for selfies and video chats, as well as an 8MP rear camera for photos and movies. The battery has a capacity of 7,040mAh and supports 15W rapid charging. A 3.5mm headphone jack and a USB-C 2.0 connection, as well as Bluetooth 5 and WiFi 5, are included in the connectivity features (ac).

In terms of features, the tablet has four Dolby Atmos speakers built in, as well as Samsung’s TV Plus service, which delivers over 200 free live channels depending on the location. From ONE UI 3.1.1, based on Android 11, the tablet additionally supports split-screen multitasking, floating windows, and Drag & Split.

Pricing and availability for the Samsung Galaxy Tab A8 202

The tablet’s price has yet to be announced, although it is likely to be on sale in Europe in late December. The tablet is anticipated to arrive in other locations, including the United States, in January.

The Tab A8 will be available in three colours: grey, silver, and a new pink gold shade. There is no official confirmation of the tablet’s introduction in India yet, but additional information should be forthcoming soon.