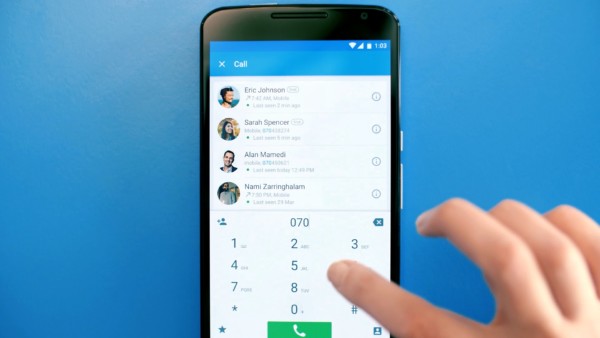 How to use Truecaller’s new call recording feature

Here’s how to use Truecaller’s latest call recording feature.

Truecaller on Monday introduced a new feature for its premium users on Android. Truecaller users can now record their calls and conversations from the app itself. The company says that this move will help users “report harassment related or fraudulent calls.”

Most smartphones come pre-loaded with call recording feature. At the same time, there are multiple third-party apps on Play Store through which one can record call conversations. But with an in-built feature, this will help active Truecaller users record calls seamlessly.

How to record calls on Truecaller

When users receive a call on their phone, there will be a recording icon just below the caller ID.

One can toggle the option on to start recording their conversation.

The recorded conversations will be saved in the user’s phone.

Truecaller says that the calls will not be saved in the company’s systems.

In addition to call recording, the premium version of Truecaller offers ad-free usage, 30 contact requests per month, a ‘Pro Badge’ on their profile, and options to know who viewed your profile. Truecaller Premium users also have the option to view others profiles privately. Users can subscribe to Truecaller Premium by tapping on the menu bar and selecting ‘Upgrade to Professional’. Here, they can choose between the monthly and yearly package.