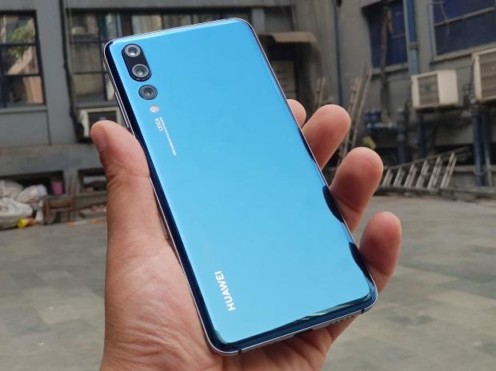 The Huawei P20 Pro might be on the pricier side, but the smartphone impresses as an all-rounder on all parameters, including photography

Chinese smartphone manufacturer Huawei has had a sketchy presence in India: The previous Huawei-branded smartphone to come to India was the Huawei P9, launched in August 2016. Now, after more than a year and a half, the world’s third-largest smartphone brand has launched in the country its flagship Huawei P20 Pro at Rs 64,999, soon after the smartphone’s international unveiling in Paris on March 27.

The Huawei P20 Pro boasts a tri-camera set-up on the rear, a modern notch-based screen on the front, premium glass and metal build, and system-wide artificial intelligence capabilities. The flagship smartphone has a lot in store for everyone, but the phone is primarily directed to the niche audience of shutterbugs.

On paper, the P20 Pro competes, even surpasses, the flagship Samsung Galaxy S9-series and Apple iPhone X. However, is this the device that can bring some fresh air to the premium flagship segment, dominated at present by Samsung and Apple? Let’s take a look:

The Huawei P20 Pro boasts a glass-metal-glass sandwich design, similar to the Galaxy S9-series and iPhone X. The curved glass back in the P20 Pro shows different colour hues when looked at from different angles, unlike the bland single colour that competitors have. However, the protruding camera module and a glass prone to fingerprints, similar to the iPhone X, might not catch everyone’s fancy.

The front is dominated by a notch-based 18.7:9 aspect ratio fullHD+ AMOLED screen and a fingerprint scanner that also doubles up as a gesture-based navigation key. The addition of a fingerprint scanner on the front might not look appealing, but it makes unlocking the device or navigating more convenient, especially when the phone is placed on a flat surface like table.

The Huawei P20 pro sports a 6.1-inch fullHD+ OLED screen with a notch on top to accommodate the selfie camera, earpiece-cum-secondary speaker and a host of sensors. While the notch-based screen set-up is still not optimised for immersive experience on the Android operating system, Huawei has customised the OS to best suit the screen format, so the screen automatically adapts to content and offers seamless transition from notch-based to without notch. Also, the notch can be enabled or disabled from settings, based on user preference. This gives the user complete control over the notch. That makes Huawei’s iteration of notch in the P20 Pro the most polished yet.

On the other hand, the fullHD+ resolution on a 6.1-inch screen looks underwhelming, thanks to limited pixels-per-inch (PPI). Not that the screen is not sharp; but it is not as sharp as the ultraHD resolution that competitors boast. Thankfully, the screen features high-dynamic range 10 (HDR10), which boosts contrast, making content appear more lively. But, the lack of an HDR10 content playback support in apps such as YouTube limits its usage.

The Huawei P20 Pro boasts the world’s first Leica-branded triple-camera set-up on the back. The phone has a 40-megapixel main shooter paired with a 20MP monochrome lens and an 8MP telephoto lens. There is also a 24MP selfie camera on the front.

It has been proved in the past that the megapixel count is just a number and the camera performance depends also on several other factors like lens quality, software-based optimisation, algorithms, etc.

Thankfully, the Huawei P20 Pro offers the best in all of these. It has an unbeatable megapixel number, paired along with premium Leica lenses and artificial intelligence to tweak algorithms.

The rear tri-camera module used in the P20 Pro is an imaging powerhouse, especially in low-light conditions. The monochrome lens of f/1.6 aperture size gets ample light to brighten even the dull scene exponentially. Whereas the 8MP telephoto lens enables up to 5x zooming capabilities (up to 3x optical zoom), the 40MP primary sensor helps stack the additional information received by every megapixel to bring out photos that are full of details.]

The real potential of the rear cameras in the P20 Pro lies in its manual mode. While the auto mode is no less effective, thanks to AI, the manual mode opens immense opportunities for photographers to customise and experiment different settings and combinations, thereby allowing an unmatched experience.

The front camera, on the other hand, sports a 24MP shooter that takes equally satisfactory shots in any light condition.

The Huawei P20 Pro boasts Kirin 970 system-on-chip, designed in-house by the company, which features a dedicated neural processing unit (NPU) for machine learning and AI chores. The processor is paired with 6 GB of RAM and 128 GB of internal storage. To enhance user experience, the phone boasts Android Oreo 8.1-based EMUI 8.1 operating system, offering ample customisation options along with features that improve the overall performance.

While the phone’s performance is top-notch, it still has some downsides like heating and scrolling issues. Throw what you will, but the phone manages to deliver consistently. However, especially at low battery levels, the phone tends to heat up at times and shows inconsistencies here and there.

Powering the P20 Pro is a 4,000 mAh battery, which keeps the phone working for more than a day. Interestingly, the battery charging time is also short and the phone goes up from zero to 100 per cent in less than 2 hours. The power-efficient screen with fullHD+ resolution, AI-based background task monitoring and optimised software help the phone beat competition in battery life.

Priced at Rs 64,999, the Huawei P20 Pro might be on the pricier side, especially as it is primarily a camera phone more than anything else. However, it would be undermine its all-round capabilities as a smartphone. The phone performs equally well on all other parameters – from screen to performance and multimedia. In its segment, the phone could prove a tough competitor to the Samsung Galaxy S9+.