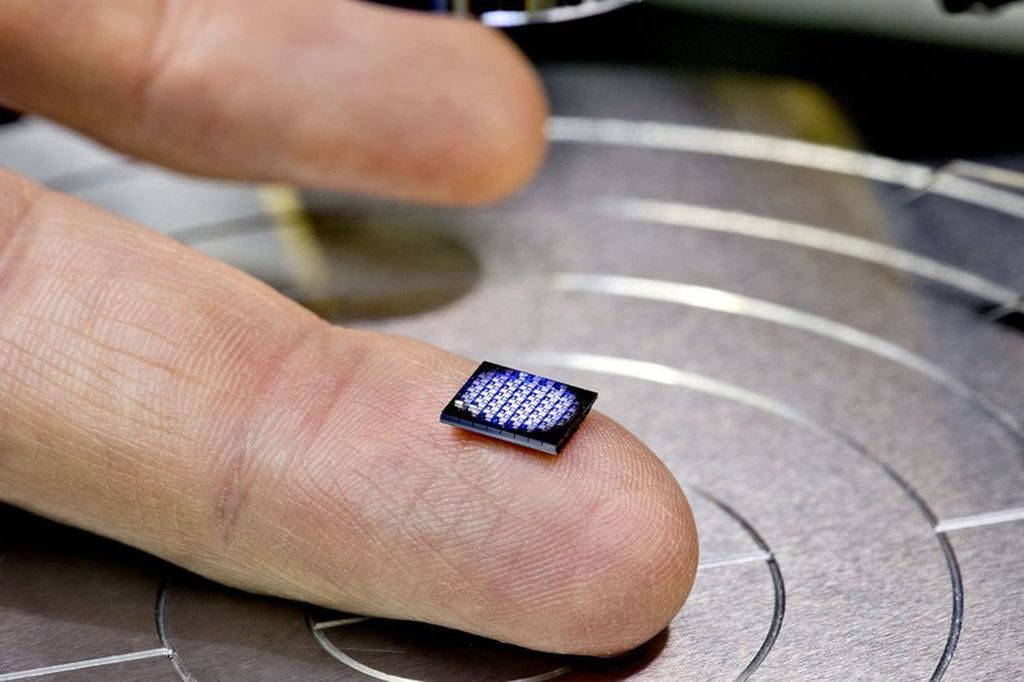 IBM is kicking off its IBM Think 2018 conference this week with “5 in 5,” a collection of IBM Research inventions and technologies “that could change our lives in the next five years.” If you want to hear a large corporation tell you about AI, blockchain, and quantum computing all in the same breath, IBM Think sounds like the place to be.

It’s a little hard to tease out the technology from the buzzwords, but, happily, Mashablespotted this gem: IBM is building the world’s smallest computer. Details are still thin — perhaps we’ll learn more this week — but there’s enough info to get excited about.

The computer is 1mm x 1mm, smaller than a grain of fancy salt, and apparently costs less than ten cents to manufacture. To be clear, the picture above is a set of 64 motherboards, each of which hold two of this tiny computer. Here’s an actual photo of a solo computer on a pile of salt for scale:

In comparison, the last “world’s smallest computer” to make a big splash was the Michigan Micro Mote in 2015, which measured a whopping 2mm across.

Feature-wise, the computer has a processor with “several hundred thousand” transistors, SRAM memory, a photo-voltaic cell for power, and a communications unit that uses an LED and a photo-detector to talk with the outside world.

IBM claims the computer has the power of an x86 chip from 1990. That puts it exactly on the edge of enough power to run the original Doom (the original README.TXT for Doom says a 386 processor and 4MB of RAM is the minimum). Hopefully IBM will be more forthcoming with benchmarks in the next five years, and I’m looking forward to repurposing this chip’s LED as a one pixel display.

IBM’s actual application for this chip seems mostly centered on supply chain management and conterfiet protection — enter the “blockchain” buzz. The chip is just one of many “crypto-anchors” IBM is developing for this purpose.

While we wait for more details on IBM’s plans for this tiniest of computers (or, like, a name to call it by), here’s some soothing close-up footage of what transistors look like: