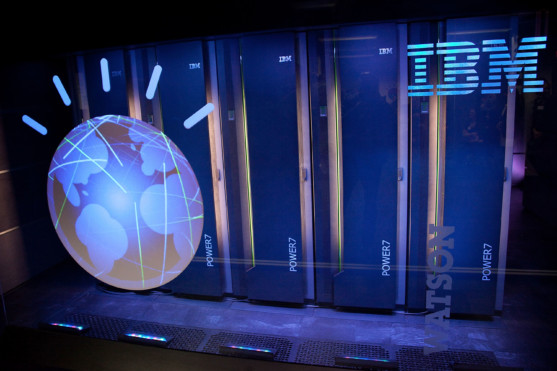 Building on the existing partnership with Apple, IBM also announced that both the companies will combine their AI and machine-learning technologies to make it easier for developers to build secure AI-powered solutions.

Tech giant IBM today announced the formal launch of Watson Assistant, a smart enterprise assistant powered with artificial intelligence (AI), cloud and the Internet of Things (IoT) and it can be accessed via voice or text interaction.

The smart enterprise assistant is aimed at helping businesses enhance their brand loyalty and transform customer experiences even while keeping the data private and secure, IBM said.

The announcement was made by Ginni Rometty, CEO of IBM, during her address at the ongoing “Think 2018” – the company’s flagship conference being held here.

“Watson has started a very big integrated system. We broke it into API, we broke it into micro-services. It is now platform for businesses… This (Watson Assistant) is pre-trained for hospitality, for automotive; you can embed (it ) in anything (like) customer care, banking and insurance. This is what I mean when I say the inflection point for IBM is all about innovative technologies for you,” she said.

Watson Assistant is not just designed for a single location or it doesn’t just respond to a person’s commands.

“It can be accessed via voice or text interaction, depending on the needs of the business and how consumers wish to interact with it,” an IBM release said.

Watson Assistant in the form of “Josie Pepper” is already in use at the Munich Airport at Terminal 2, acting as an ambassador to interact with and assist passengers as they make their way through the terminal.

IBM Watson Assistant and Watson Conversation Services were used to develop a rich conversational back-end, providing a range of topics for Josie to discuss – from real-time airport information, to weather and even small talk, IBM source said.

Royal Bank of Scotland is piloting Watson Assistant that will help triage call centre requests by responding to specific customer queries or directing customers to a human agent, source added.

Building on the existing partnership with Apple, IBM also announced that both the companies will combine their AI and machine-learning technologies to make it easier for developers to build secure AI-powered solutions.

The aim is to allow developers to build apps that continuously learn and adapt, Rometty said.

Verizon CEO Lowell McAdam, who was in an interactive session with Rometty at the Think 2018, said the American telecom company touches 1.2 billion consumers a day and is the largest provider of fibre in the U.S.

“We have 12 million miles of fibre for the next 3 years, enough to go to Mars. 5G will usher in the fourth industrial revolution,” McAdam said replying to a query on 5G rollout.