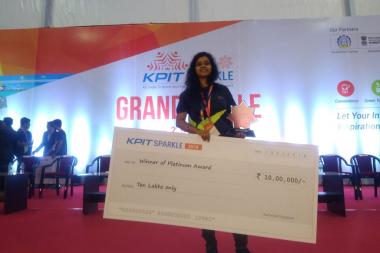 Ramya Veerubhotla, research scholar at IIT Kharagpur’s Department of Biotechnology, has developed a disposable and flexible battery made from paper that could generate power from the bacteria present in sewage water.

Kolkata: Two students of IIT-Kharagpur have grabbed worldwide attention for their innovation in developing ‘Paper Battery’ from sewage bacteria and bioethanol green energy from bamboo shavings.

Ramya Veerubhotla, research scholar at IIT Kharagpur’s Department of Biotechnology, has developed a disposable and flexible battery made from paper that could generate power from the bacteria present in sewage water.

The uniqueness of her innovation is that the device is made on a paper platform unlike other batteries, which are heavy. The battery is made using air cathode, and the anode can be prepared from any simple carbon based material.

“Usually Microbial Fuel Cells (MFCs) take a couple of days to start power production as the bacteria needs to adjust to the environment. But for this device, the power production starts within 10 seconds,” said Ramya.

She said, “The power generated from one cell is in the range of a few microwatts. More cells mean more power. It may be difficult to power household devices with this, but it can power certain electronic components. The device is flexible and can be stacked together. For more power, you can make more units, stack them and fold them in a compact shape.”

This research presented by IIT Kharagpur’s ‘Team Electrodes’ at KPIT Sparkle 2018, has won the first prize and a cash award of Rs. 10 lakh while competing with 12000 students from across the country. The Platinum Award received by Ramya was decided on the basis of novelty, affordability and commercial viability of the proposed idea by an international panel of judges.

Ramya’s PhD supervisor, Professor Debabrata Das, an authority on MFCs, is confident that this invention would have tremendous use in bio-electric toilets. “One of the best advantages of the device is that it is 100% biodegradable and environment-friendly, which is not the case with chemical batteries,” he said.

But Ramya wasn’t the only success story of the coveted institution’s tech innovation. Ankur Mehta, a fourth-year undergraduate student of the Department of Chemical Engineering, was awarded the “Best (Oral) Presentation Certificate” in the 7th International Conference on Clean and Green Energy (ICCGE 2018) held in Paris from 7-9 February. The recognition meant that research conducted even at IIT Kharagpur’s undergraduate level, is serious enough to merit international acclaim.

Ankur was chosen the best speaker after he presented his research paper on “Kinetics of Deliginification and Enzymatic Hydrolysis of non-food lignocellulose (Bambusa bambos) for Cellulosic Biofuel Production”. 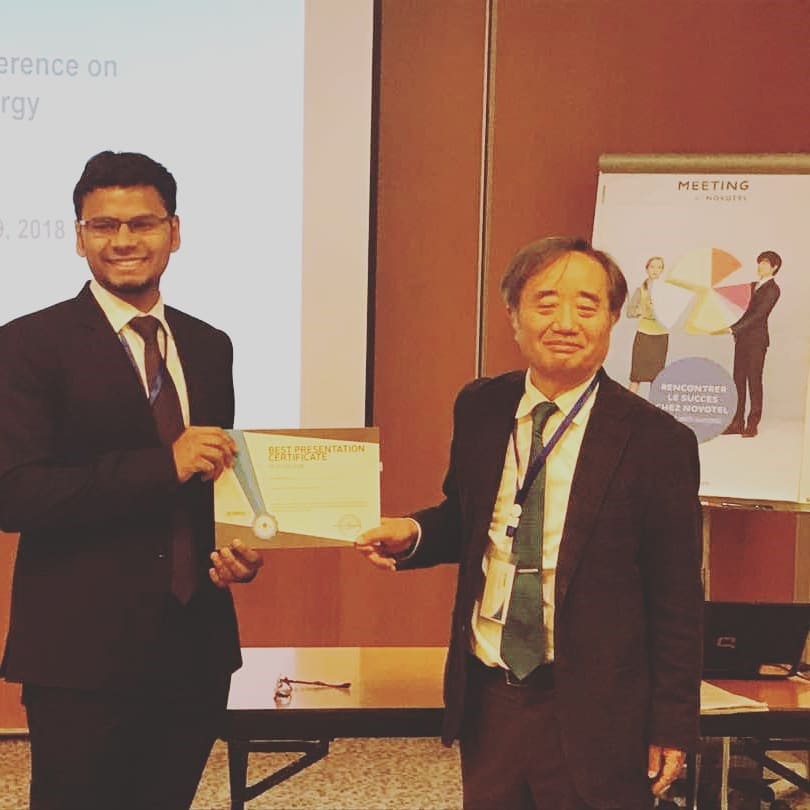 “Bamboo is a plant which grows abundantly in tropical countries like India. This is the first ever serious attempt to generate biofuels from bamboo shavings, which is a waste material. I am currently working on optimising the entire process of conversion of raw bamboo to useful biofuels,” Ankur said.