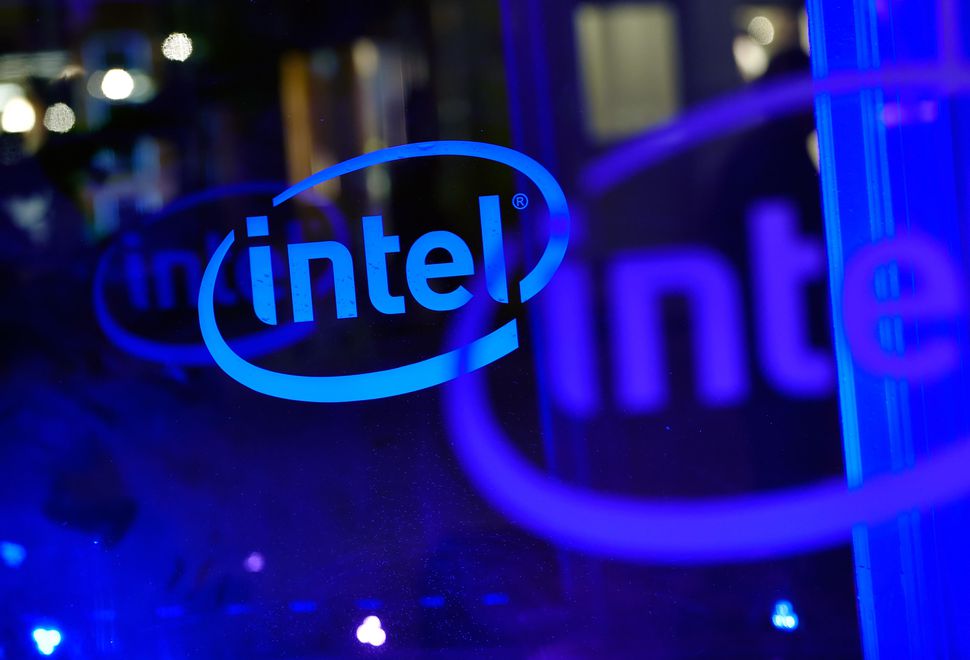 Intel: Our chips can make you safer

After addressing the Spectre and Meltdown design flaws, Intel is using its chips to boost cybersecurity software at Microsoft and Cisco.

Intel wants you to know its chips have security baked into them.

The computer processor giant unveiled on Monday two new features designed to improve the efficiency of computers running security programs that detect and block hackers. Intel outlined the features at the start of the RSA Conference, one of the largest annual cybersecurity events in the US.

The first, called advanced memory scanning, will be used in Advanced Threat Protection, a part of Microsoft’s Windows Defender that seeks out hard-to-detect attacks as they happen on a computer system. The second Intel tool, called advanced platform telemetry, speeds up security programs that run on networking technology and will be used in a product called the Cisco Tetration Platform.

The announcement, which Intel says is part of CEO Brian Krzanich’s broader security first pledge, comes as the company recovers from a hit to its reputation after researchers discovered design flaws that jeopardize computers, phones, tablets and cloud servers. Just last month, the company said it had finished releasing code that would fix a fundamental problem that could have allowed hackers to access sensitive information from your computer’s memory. You know, stuff like passwords and encryption keys. The flaws, first revealed in January, affected hundreds of millions of chips in devices made starting more than a decade ago.

Now Intel is focusing on what it can do to make your computer safer.

“Today’s cybersecurity landscape is constantly evolving with emerging threats, which means we must be vigilant in delivering solutions that protect customers and their data,” Rick Echevarria, vice president and software and services group general manager at Intel’s platform’s security division, said in a statement Monday.

Intel has a lot to prove, and its announcement is designed to give people confidence in the safety of its chips, analysts say. They expect the company — and the security risks lurking in computer processors — to be the subject of much conversation at RSA.

“This type of thing is going to be in the spotlight,” said Roger Kay, president of business analysis firm Endpoint Technologies Associates. “They’ll be in the hot seat.”

Windows and Cisco will use Intel security features

One welcomed aspect of the Intel updates is the promise to speed up computers. A persistent user complaint about cybersecurity programs, such as antivirus software, is that they slow down computers. Intel said in its announcement that advanced memory scanning runs software like Microsoft’s while only using 2 percent of the computer’s processing power. That’s down about 20 percent, according to the company.

The Microsoft and Cisco security software that benefits from the performance boost are business products. Even though these tools won’t be running on your personal computer, they’ll be built into machines that store and use your personal data.

“From a consumer’s point of view, they can sleep better at night knowing their personal data is being protected better than it was before,” said Patrick Moorhead, president of Moor Insights and Strategies, a technology analysis firm. Moorhead, who was briefed on Intel’s announcement, sells research to Intel, as well as Nvidia, Qualcomm and other chip makers.

Intel’s new features include a uniform framework for security on its chips, called Intel Security Essentials.  It standardizes the different ways Intel’s chips already keep systems secure for the company’s Core, Xeon and Atom processors. That means software makers who want to take advantage of Intel security features don’t have to change the way they design a computer program based on what Intel chip a device is running.

The troubles with Spectre and Meltdown

Spectre and Meltdown caused a lot of security headaches for Intel. While the flaws would be difficult for hackers to take advantage of, it’s not impossible. Researchers from Google’s Project Zero and a group of independent academic researchers published proofs of concept showing how it could be done. Chips made by AMD and Arm were also affected by some variants of the Spectre attack, but not Meltdown.

Pretty much every computerized device is affected. In the Frequently Asked Questions section of their analysis, the academic researchers started with this question and response:

“Am I affected by the vulnerability?”

Intel also stumbled as it rolled out fixes for the design flaws. The updates, called microcode patches, altered computer code that runs on computer processors, using the silicon to perform the fundamental tasks that make your computer work. Intel and Microsoft, which administered them, had to undo some of the patches after they caused some computers to go on the fritz.

Intel also faced concerns that any fix, regardless of how well executed, would slow down computing speeds.

Spectre and Meltdown are as patched as they’ll ever be

Since January, security has improved on Intel chips. The company rolled out the last microcode update in March. What’s more, Google implemented and shared a tool it calls retpoline that lets the affected chips operate more safely, sometimes without the patches.

More fundamental design changes will come in future Intel chips, such as Cascade Lake and the 8th Generation Intel Core processors. The changes will address two variants of the attack and are expected to be available in the latter half of 2018.

In addition to all the improvements to Intel’s chips since Spectre and Meltdown were first revealed, Kay said Intel has one other thing going for it.

“There are not a lot of alternatives to Intel in the short term,” he said.

Cambridge Analytica: Everything you need to know about Facebook’s data mining scandal.