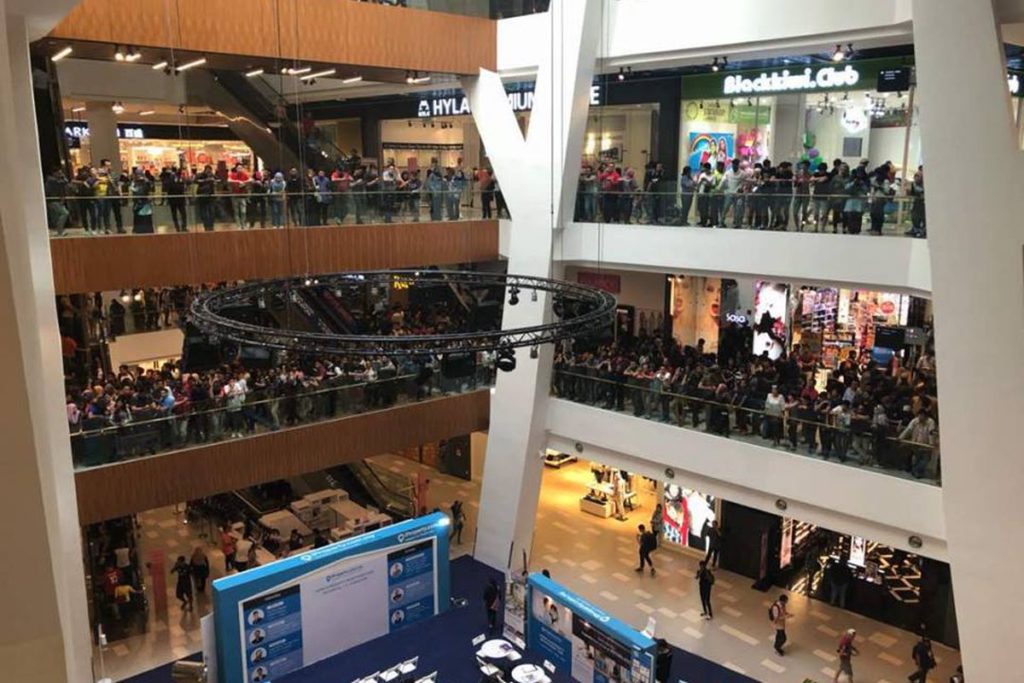 A Malaysian Apple reseller had to cancel its warehouse sale over the weekend after 11,000 people lined up hours before the actual event to buy iPhones priced as low as $50 USD. According to the advertisement leading up to the event, retailer Switch was selling off its stock largely consisting of demo products, including iPhone models 5S to 7, iPad minis and Pros, Apple TVs, MacBooks, iMacs, and iPod Touches. Just 10 units of the $50 iPhone 5S were up for grabs, and only one unit each of the 16GB iPad Air 2 with Wi-Fi, 2011 64GB MacBook Air, and a 24-inch iMac were available for $77, $128, and $255, respectively.

Enthusiastic buyers lined up at the mall at least 19 hours before the doors opened, despite Switch stating its in FAQ that midnight queues will not be allowed. Lines extended from Switch’s own storefront to outside the mall and into the parking lot, with multiple lines circling around the complex. The retailer attempted to hand out queue tickets to the first few to arrive, but as Switch prepared to open its doors, the store quickly became overwhelmed by the massive crowd that showed up.

Ahead of the event, Switch posted the price and number of units available online, though it did not deter crowds from turning back after arriving at the mall to see thousands who had lined up before them. In all, Switch had just under 200 devices available for sale for the weekend-long event.

“Due to security reason, [sic] we regret to inform you that the clearance sale will be put on hold until further notice,” Switch wrote on its Facebook page. “We are truly sorry for the Demo Clearance Event yesterday. We did not expect the magnitude. We were overwhelmed by the 11,000 [that] turned up,” it added in a separate post.

Though the retailer has offered to extend discounts on newer MacBooks and iPhone Xs, the coveted bargain basement deals on iPhones and iMacs have sold out.