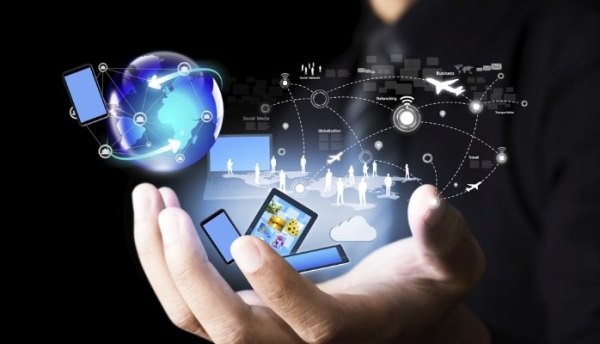 The government on Wednesday shot off a letter to Facebook, seeking details of the data breach involving British firm Cambridge Analytica and asking whether the personal data of Indian voters or other users of the social networking service were compromised.

In the letter, the ministry of electronics and IT (MEITY) also asked if such data had been used to manipulate the electoral process in India. The government had earlier issued a notice to Cambridge Analytica, seeking details related to the breach of user data from Facebook.

In the latest letter, the government sought to know from Facebook the protection available if an entity misused user data, and details of the specific steps it planned to take to prevent recurrence of such activities and any potential interference in the electoral process in India.

Facebook is strongly committed to protecting people’s information, a company spokesperson said in an emailed response to ET’s questions on the MEITY letter.

“As (CEO) Mark Zuckerberg has said, we are working hard to tackle past abuse and prevent future abuse. We appreciate the opportunity to answer questions the ministry of electronics & information technology has raised, as we continue our review of the situation,” the spokesperson added. Read more.

2. Microsoft Ventures back in India

Microsoft will revive its venture arm in India by setting up an office this year with a local team to look for and invest in startups in areas such as autonomous vehicles, Internet of Things (IoT) and blockchain that generate huge data as they scale up and potentially become a customer for its technologies.

The corporate venture arm of Microsoft had a presence in the country a few years ago, but managed by a team from Redmond, its global headquarters in the US. It, however, continues to run a startup accelerator, helping 12-14 emerging firms to stand up before they seek funding from venture capital firms to grow business.

Peggy Johnson, who was hired by CEO Satya Nadella as global vice-president three-and-half years ago, has revamped the venture arm by bringing her former Qualcomm colleague Nagraj Kashyap to lead it and relocating its headquarters to Silicon Valley with offices in New York, London and Tel Aviv, Israel and the planned one in India.

“We look largely around our core ambitions — cloud infrastructure, AI, machine learning (ML) and connectivity. But India is unique because the productivity here is mobile only. We have learnt a lot and look forward to learning more,” Johnson told ET. “We generally focus on Series A and B (funding), with a little bit of seed. But largely Series A and B and it is anywhere between $2 million and $10 million… It will be part of our global corpus.”

So far, Microsoft Ventures, which also has a model of co-investing with other VCs, has backed over 45 startups globally. Read more.

3. Alexa on the path to becoming a true blue Indian

What Indian skills are presently available?

In a move that is aimed at ensuring transparency, improve efficiency and bring legitimacy to the nascent peer-to-peer (P2P) lending sector, startups in this space are all set to invest in blockchain technology and develop a distributed ledger system between themselves.

Which are these companies?

From established players like Faircent to early-stage companies like IndiamoneyMart, PaisaDukaan, and OMLP2P, all are trying to develop the industry’s first blockchain platform and also share data about lending transactions between them in order to mitigate frauds.

All these companies have applied and are waiting for the NBFC P2P licence from the Reserve Bank of India.

Faircent, has committed upwards of $1 million for this kind of solution. IndiamoneyMart, PaisaDukaan, and OMLP2P have joined hands to form an inter-company distributed ledger system and hopes to attract other lenders to join them as well. Read more.

Flipkart is trying to make a comeback in selling books, a fledgling category which was the starting point for India’s largest e-commerce player.

Even though Flipkart started off as a bookseller in 2007, the company’s primary focus over the years has been high-revenue generating categories like smartphones and fashion.

with customer acquisition and loyalty back on the forefront, books as a category is garnering the company’s focus. Flipkart has been remodelling its book offering strategy over the last six months by expanding its catalogue and doubling deliveries, said Nishit Garg, who heads this category for Flipkart. “We are investing in personalisation and recommendation to further drive consumer engagement in this category.”

Flipkart has doubled its catalogue of books to seven million titles over the last six months and has also partnered with publishers to stock books closer to the customers ensuring speedy deliveries.