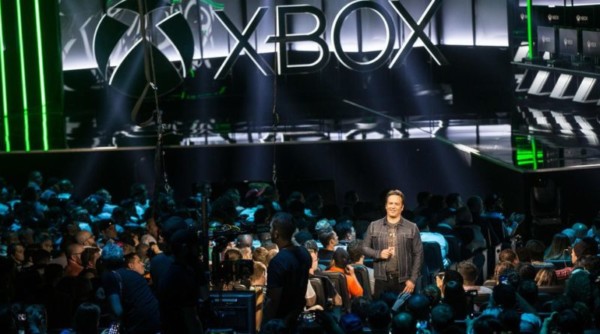 Commentary: The Xbox One has an exclusives problem. Can Microsoft buy its way out?

At Microsoft’s Xbox E3 2018 presser, it was almost enough to hide the truth: There’s a dearth of top-tier, AAA-quality exclusive games for Xbox One you can actually play this year.

Looking forward to a new Halo or Gears of War 5? They’re coming sometime in 2019. Meanwhile, the long-awaited Crackdown 3 has been delayed yet again to February 2019. Battletoads? Ori: Will of the Wisps? 2019 as well. The new Tomb Raider looked great, as did Sekiro, a samurai-infused spiritual successor to Dark Souls, but both of those are coming to PS4 and PC too.

When Microsoft says it had 50 game reveals at the show, 18 of them with “exclusivity,” it’s counting tiny indie games and mere updates to existing games like Sea of Thieves and the popular PlayerUnknown’s Battlegrounds toward that total. (PUBG players on PC, meanwhile, are already testing the update.)

I might have missed one, but the only major exclusive I count coming to Xbox One before the end of the year is a new Forza Horizon 4 racing game.

The lack of exclusives is a problem, because it tells Xbox One owners they might have been better off buying a PlayStation 4, which keeps getting beautiful, big-budget story driven exclusives like clockwork, including the incredible God of War, Detroit: Become Human, Horizon: Zero Dawn and Uncharted. Next up: Spider-Man, the intriguingly weird Death Stranding and The Last of Us Part 2.

Meanwhile, the Xbox One’s big exclusives this year were Sea of Thieves and State of Decay 2, both of which arrived to middling reviews. Our sister site GameSpot called the former “hard to wholeheartedly recommend” and the latter “aimless, wandering and just out of place.”

It’s little wonder PS4 is reportedly beating Xbox One two-to-one in sales. A Microsoft spokesman says the reports were inaccurate, but wouldn’t say by how much; the company stopped reporting sales numbers in 2014.

Admittedly, there’s room for both PS4 and Xbox One to make some serious cash. “We recently announced a record start to the year with gaming revenue at Microsoft increasing 18 percent year over year, reaching $2.25 billion,” writes a Microsoft spokesman.

“Xbox Live monthly active users increased 13 percent year over year, reaching 59 million and in their first year, Mixer and Xbox Game Pass have been great contributors to growth in players and engagement.”

But after cancelling hugely-hyped exclusives like Scalebound and Fable Legends, and seeing mixed results from previous ones like Quantum Break and Sunset Overdrive, the company’s reputation is still in jeopardy.

So Microsoft’s trying a time-honored technique: It’s pulling out the “moneyhat.”

Since those studios were already building games for Xbox, the unspoken message is pretty clear: Microsoft’s buying more exclusivity here. (Never mind that We Happy Few is coming to PS4 and PC as well.)

A Microsoft spokesman told CNET: “When we look at our full first-party portfolio, it’s important we’re investing in a long-term plan that will ensure we have a consistent pipeline of quality content for fans. These were investments we saw an opportunity to make this year.”

Another unspoken message: There’s no guarantee the games that result from those deals will appear on Xbox One anytime soon. And Microsoft may have more exciting places to put those games than the Xbox One, anyhow.

The next console war could well be a cloud gaming showdown.

While the company’s initiatives to merge Xbox and Windows PCs didn’t pan out as originally promised, there’s a good chance they’ll set Microsoft up for a strong start when the next console generation begins. The same x86 processor architecture and Windows operating system that made it tough to bring Xbox 360 games to the Xbox One theoretically means the company can more easily stream Xbox games over the internet to phones, tablets and computers from the company’s farms of servers.

That doesn’t mean there won’t be a next Xbox or PlayStation. At E3, Microsoft confirmed another Xbox is coming, but I wouldn’t be surprised if streaming eventually takes over.

But as Netflix, Hulu and Amazon Prime have shown, streaming services need exclusive content just as badly as boxes like an Xbox or PlayStation. Maybe more so, since a fickle user can easily switch loyalties without buyer’s remorse. If you switch from Sony to Microsoft today, you’ve gotta justify those hundreds you spent on a PlayStation.

Me, I’m not convinced these particular studios will necessarily be the ones to create must-play exclusives. But they might allow Microsoft to make greater booms with big guns like Halo, instead of saving its press-conference-shattering, “One More Thing” final reveal for a game like Cyberpunk 2077 — which, of course, is coming to PS4 and PC too.