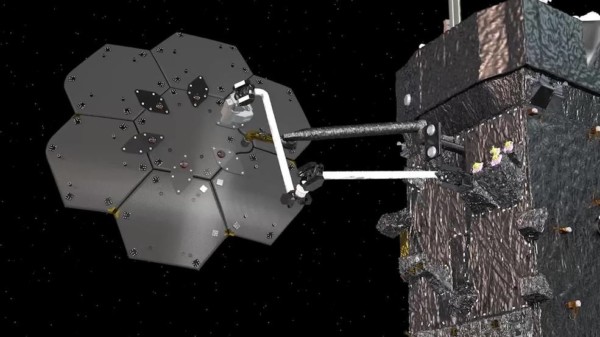 NASA Funds Demonstration of Assembly and Manufacturing in Space

NASA has awarded a $142 million contract to Maxar Technologies of Westminster, Colorado, to robotically assemble a communications antenna and manufacture a spacecraft beam in orbit. The technology demonstration is slated to require place on NASA’s Restore-L spacecraft, designed to service and refuel a satellite in low-Earth orbit.

The Restore-L spacecraft are going to be modified to accommodate a payload called Space Infrastructure Dexterous Robot (SPIDER). The payload includes a light-weight 16-foot (5-meter) robotic arm. Previously referred to as Dragonfly during the bottom demonstration phase of the NASA Tipping Point partnership, SPIDER will assemble seven elements to make a functional 9-foot (3-meter) communications antenna. The robotically assembled antenna will demonstrate Ka-band transmission with a ground station.

The payload also will manufacture a 32-foot (10-meter) lightweight composite beam using technology developed by Tethers Unlimited of Bothell, Washington. The manufacturing element of the demonstration will verify the potential to construct large spacecraft structures in orbit.

“We are continuing America’s global leadership in space technology by proving we will assemble spacecraft with larger and more powerful components, after launch,” said Jim Reuter, associate administrator of NASA’s Space Technology Mission Directorate. “This technology demonstration will open up a replacement world of in-space robotic capabilities.”

The second phase of the public-private partnership combines NASA resources with an industry contribution to scale back the general cost to American taxpayers and therefore the agency. The demonstration will mature technologies with cross-cutting applications for state and commercial missions, including human exploration of the Moon and Mars and in-space construction of huge telescopes.