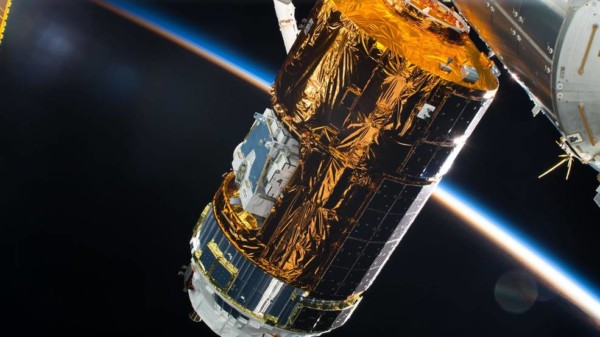 A Japanese shipment artificial satellite loaded with over four a lot of provides, spare elements and experiment hardware is regular to launch from the Tanegashima area Center in southern Japan to the International orbiter at 5:33 p.m. EDT Tues, Sept. 10 (6:33 a.m. Sept. eleven in Japan). Live coverage of the launch and capture can air on National Aeronautics and Space Administration tv and also the agency’s web site.

The artificial satellite can hit the station Sabbatum, Sept. 14. Live coverage of the artificial satellite rendezvous and capture can begin at 5:30 a.m. Expedition sixty aircrewman Christina Robert Koch of National Aeronautics and Space Administration, secured by her National Aeronautics and Space Administration crewmate St. Andrew Morgan, can operate the station’s Canadarm2 robotic arm from the station’s cupola to capture the 12-ton artificial satellite because it approaches from below. AI flight controllers can then take over the operation of the arm to put in HTV-8 to the Earth-facing port of the Harmony module wherever it’ll pay a month connected. aircrewman Luca Parmitano of ESA (European area Agency) can monitor HTV-8 systems throughout its approach to the station.

Capture of the HTV-8 is regular around seven a.m. Coverage can resume at 8:30 a.m. for the ultimate installation of the resupply craft to Harmony by robotic ground controllers. If the installation operations area unit running prior schedule, coverage would begin earlier.

Named Kounotori, that means Ciconia ciconia in Japanese, the craft can deliver six new lithium-ion batteries and corresponding adapter plates which will replace aging nickel-hydrogen batteries for 2 power channels on the station’s so much port truss phase. The batteries are put in through a series of AI and spacewalks by the station’s crew members later this year.

Additional experiments on board HTV-8 embrace Associate in Nursing upgrade to the Cell Biology Experiment Facility (CBEF-L), a small-sized satellite optical communication system &#40;SOLISS&#41;, and a payload for testing the results of gravity on powder and granular material (Hourglass).