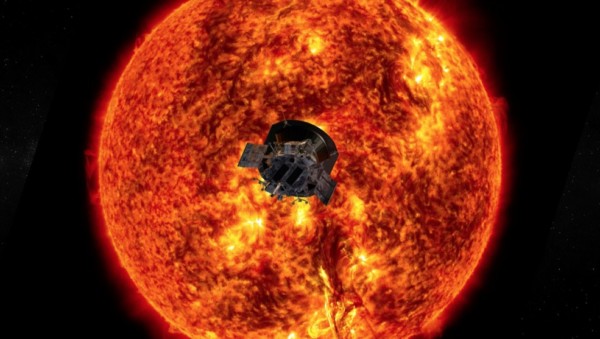 NASA can announce the primary results from the Parker star Probe mission, the agency’s revolutionary mission to “touch” the Sun, throughout a media teleconferencing at 1:30 p.m. Eastern Standard Time Wednesday, Dec. 4.

During the teleconferencing, mission specialists can discuss analysis results from four instruments on the probe, that square measure dynamic  our understanding of the Sun and alternative stars. Their findings conjointly are revealed at one p.m. Wednesday on the web site of the journal Nature. teleconferencing audio can stream live at:

Participants within the decision are:

Nicola Fox, director of the Heliophysics Division within the Science Mission board of directors at National Aeronautics and Space Administration Headquarters in Washington

Stuart Bale, man of science of the FIELDS instrument at the University of Golden State, Berkeley

Justin Kasper, man of science of the solar radiation Electrons Alphas and Protons (SWEAP) instrument at the University of Michigan in metropolis

Russ Howard, man of science of the Wide-Field Imager for Parker star Probe (WISPR) instrument at the U.S. armed service lab in Washington

David McComas, man of science of the Integrated Science Investigation of the Sun (ISOIS) instrument at university in Princeton, New Jersey

To participate within the media teleconferencing, media should offer their name and affiliation to Miles Hatfield at 650-580-8333 or miles.s.hatfield@nasa.gov by midday Dec. 4.