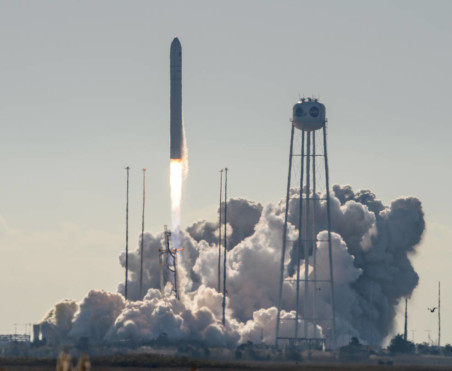 Northrop Grumman’s next NASA resupply services mission to the International space platform is targeted for launch at 5:39 p.m. EST Sunday, Feb. 9. Live coverage of the launch and briefings will begin at 5 p.m. on NASA Television and therefore the agency’s website.

The company’s 13th commercial resupply services mission using its Cygnus cargo spacecraft is scheduled to launch on its Antares rocket from the Mid-Atlantic Regional Spaceport at NASA’s Wallops Flight Facility in Virginia.

Loaded with approximately 8,000 pounds of research, crew supplies, and hardware, the Cygnus spacecraft, dubbed the SS Robert H. Lawrence, will reach the space platform Tuesday, Feb. 11 at about 4:30 a.m. NASA aircrewman Andrew Morgan will grapple Cygnus and NASA astronaut Jessica Meir are going to be acting as a backup. After capture, the spacecraft are going to be installed on the Unity module’s Earth-facing port.

The Cygnus spacecraft is scheduled to stay at the space platform until May 11, when it’ll depart the orbiting laboratory. The Saffire-IV experiment are going to be conducted within Cygnus after it departs the station, and before deorbit, when it also will eliminate several plenty of trash during a fiery reentry into Earth’s atmosphere May 25.

Media registration for the launch and associated activities is closed. Media can submit questions during the prelaunch press conference and therefore the What’s on Board briefing using #askNASA.