A HUGE botnet is forming and is expected to create a cyber-storm infecting laptops, cameras and even kettles and fridges, that could take down the internet.

Security from Check Point have expressed concern about a rapidly growing new bot which may have already infected millions of organisations.

This new bot, which has been named “loTroop” and “Reaper”, could take down the internet, according to Check Point.

Botnets are internet connected smart devices that have been infected by malware are are controlled by someone from a remote location.

They have been behind cyberattacks against organisations worldwide, including hospitals and transport links.

According to Check Point’s analysis, the new bot has already infected more than one million organisations across the world.

It has been revealed the bot is more sophisticated than the Mirai loT bot that was used last year to launch an attack.

Check Point has warned: “The next cyber hurricane is about to come”.

The attack could be used to distribute ransomware, or to send spam or phishing messages.

Check Point said: “So far we estimate over a million organisations have already been affected worldwide, including the US, Australia and everywhere in between, and the number is only increasing. 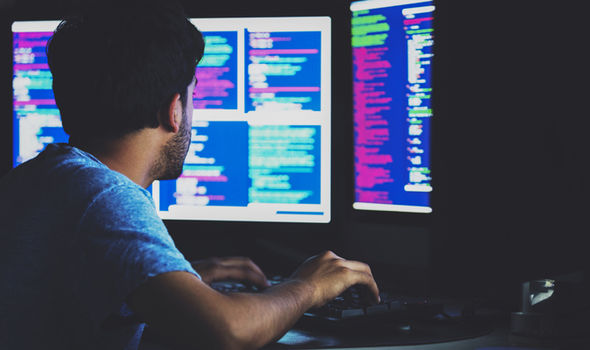 A million organisations may have been infected by the virus

“Our research suggests we are now experiencing the calm before an even more powerful storm. The next cyber hurricane is about to come.”

The security firm started to research after noticing a surge in attempts to access their secure IPS protections.

The Check Point researchers have suggested loTroop is growing “at a far greater pace and with more potential damage” than Mirai.

Security Researcher at Comparitech.com, Lee Munson said: “The end of the world may not be nigh but the internet appears to be at severe risk of compromise and the biggest facilitators of that prediction of doom are insecure Internet of Things devices.

“As information security experts have been warning forever, it seems, a number of internet-connected fridges, kettles and lightbulbs, along with the ever-vulnerable batch of routers and cameras, have all been marked for takeover by a new botnet.

“That this should be devastating if it comes to pass is hardly a surprise given how many manufacturers of IoT devices care little for security before selling their shiny new products.”

What Is the Difference: Viruses, Worms, Trojans, and Bots?