Microsoft has rummaged deep into its archive for its latest contribution to the open source community: Windows File Manager.

Originally bundled with Windows in 1990, File Manager was a replacement for the command-line interface in MS-DOS. The program was used to search, open, copy and delete files until it was replaced by Windows Explorer, which followed the introduction of Windows 95. 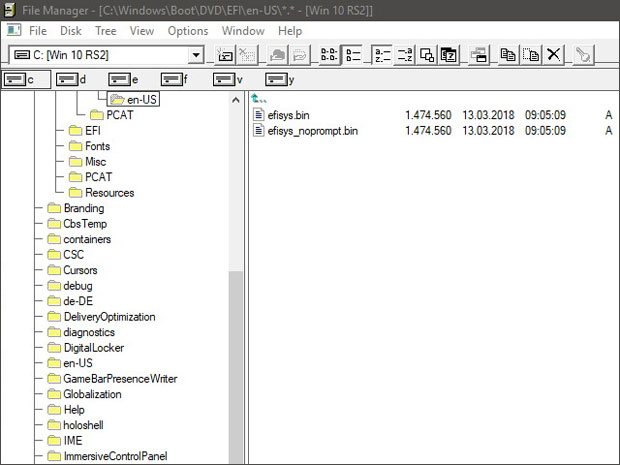 Craig Wittenberg, a veteran of Microsoft, has maintained the code since 2007, after copying it from the Windows NT 4 source tree in November of that year. He released the code this week on GitHub under an MIT license.

The branch named “original_plus” contains a very limited set of modifications to allow winfile.exe to run on today’s version of Windows, according to Wittenberg.

Among the changes in original_plus:

A larger number of changes were made in master v10.0, which represent all the changes Wittenberg made since 2007. A summary of the changes:

“It’s a bit of nostalgia, a blast from the past, simply because it was captured and maintained,” said Paul Teich, principal analyst at Tirias Research.

File Manager could service as a nice addition for an introductory course for someone who wants to learn about file systems, he told LinuxInsider.

“Outside of computer science classroom demos or nostalgic remembrances of 1990s era computing, I can’t think of any practical reasons to run Windows File Manager on a Windows 10 — or any other Windows system,” said Charles King, principal analyst at Pund-IT.

There are more than a few Windows users still working on archaic Windows applications that might have some use for the old File Manager, but Linux users won’t gain much from it.

Still, the move does reflect Microsoft’s eagerness to embrace the open source community, which previously been a no-go zone.

“We released WinFile as OSS given developer interest in using the tool and felt the release would further support Microsoft’s overall developer ecosystem, dedication to open source, and illustrate Microsoft’s commitment to OSS,” a Microsoft spokesperson said in a statement provided to LinuxInsider by company rep Joel Gunderson.

Just last week Microsoft released a new tool to make it easier for programmers and developers to run Linux on Windows 10. The tool also makes it easier for Linux Distro distribution maintainers to bring their distros to the Windows Store.

Master of Computer Application to be 2-year course from this academic year: Andhra government

WhatsApp will stop working on some iPhones and Android devices from January 1, here is the list

Advanced Noise-Cancellation Technology Can Improve Employee Wellness – and Your Revenue