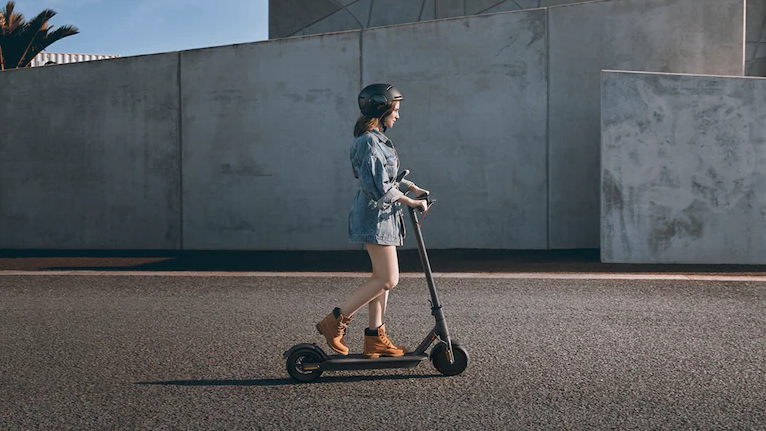 Realme is rumoured to be developing its first electric scooter for release in India.

Realme is no longer only a smartphone manufacturer. Vacuum cleaners, air purifiers, washing machines, and other household items are now available. Realme may currently be working on an electric scooter as their next project. It’s hardly surprising, given that Realme’s main competitor, Xiaomi, already sells electric scooters in China, albeit of a different type, and that Realme’s parent company, Oppo, recently launched its Carlink smart car solution.
Realme registered a trademark with the Indian regulator under the “vehicles, apparatus for locomotion by land, air, or water” category a few months after launching its first smartphone in India, according to RushLane. Realme first joined the Indian smartphone market in 2018, indicating that the company has been planning an electric vehicle for some time. A trademark does not guarantee that a product will be released, but considering the growing demand for electric vehicles, it would make sense for Realme to do so.

Xiaomi offers a good selection of electric scooters (kick scooters) in China, however it doesn’t sell them outside of the country. Realme’s parent company, Oppo, has also stated that it intends to enter the automobile market, although through a connectivity app. Ola Electric debuted its much-anticipated electric scooter (moped) in India lately, and manufacturers like Ather and TVS are also selling EVs. Electric vehicles are also set to make a comeback for brands like LML. Clearly, there is a boom in demand for electric vehicles.
At this moment, there is no information available regarding the Realme electric scooter. I’m also not sure if the electric scooter, if it exists, will make its debut in India before it does in China. Given that Xiaomi has yet to bring its electric scooter to India, this could be a nice opportunity for Realme to make its EV debut in the country.

With the launch of the GT series earlier this year, Realme celebrated its third anniversary in India. The company named its flagship phone GT to show that its new phones are as quick as Ford GT Supercars. Realme’s entry into the EV sector should not be a problem because the company is already interested in the automobile industry. But only time will tell if or not this trademark becomes a reality.