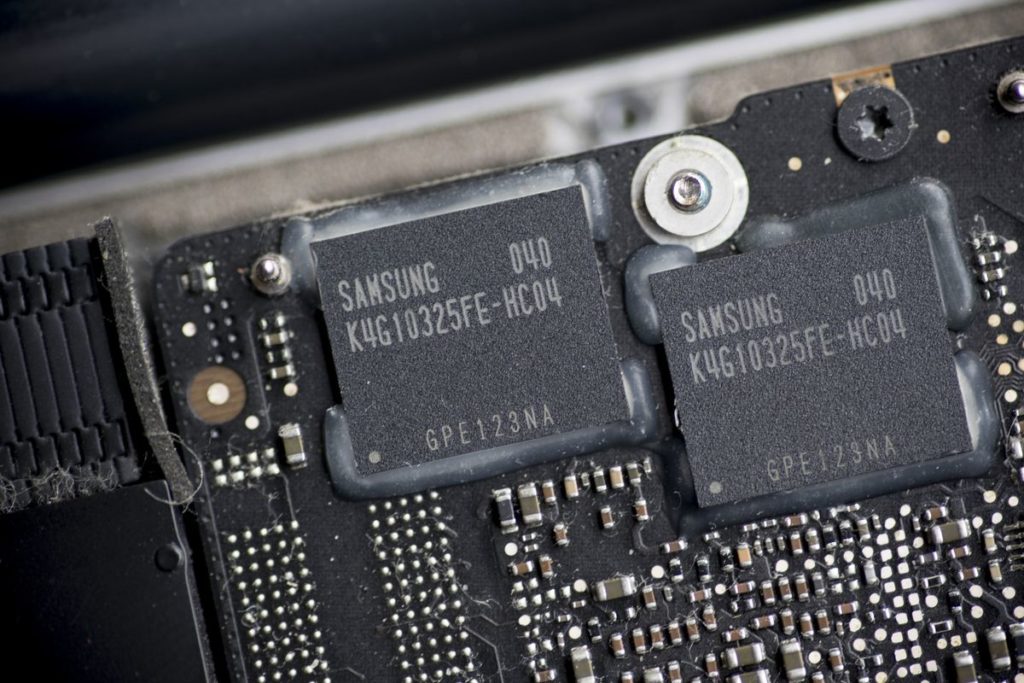 The first-quarter result, which includes the sales of its marquee Galaxy S9 smartphone unveiled in February, may ease concerns about its display business after Apple sold fewer-than-projected iPhone X handsets with Samsung-made displays. Still, resilient demand for memory chips used in phones and servers could keep the electronics maker on track to post another year of record profit, after replacing Intel Corp. last year as the world’s biggest chipmaker by sales.

“Memory chips are the loyal son of Samsung,” said Lee Jae-yun, an analyst at Yuanta Securities Co. “Still, momentum may slow toward the end of this year with price rises likely to be less steep than last year.”

The shares of Samsung fell about 1 percent in Seoul, as the KOSPI index declined on concern over U.S. tariffs. The stock is down more than 5 percent this year, after climbing 41 percent in 2017.

Samsung is reporting its first results since de facto chief Jay Y. Lee was released from prison on a suspended sentence for a bribery conviction in February. The 49-year-old vice chairman has since traveled to Europe to meet with business partners and been spotted in Canada. His father, chairman Lee Kun-hee, remains hospitalized after a 2014 heart attack.

Samsung won’t provide net income or break out divisional performance until it releases final results, most likely on April 26, when a conference call is scheduled.

“Prices are expected to remain high,” said Mike Howard, vice president of memory research at French researcher Yole Developpement. “When you consider its entire memory business, there is an excellent chance that it will see higher profits in 2018.”

Last month at a shareholders’ meeting, Samsung reorganized its leadership to separate the roles of business executives and board members, responding to public calls to improve its transparency and accountability. Shareholders also approved a 50:1 stock split that will take effect following a trade suspension from April 30 to May 3.

“Demand for servers canceled out the effect of slow sales for iPhone X and premium Chinese smartphones,” Kim Yang-jae, an analyst at KTB Investment & Securities Co., wrote in a report before earnings. “Demand is exceeding market expectations.”