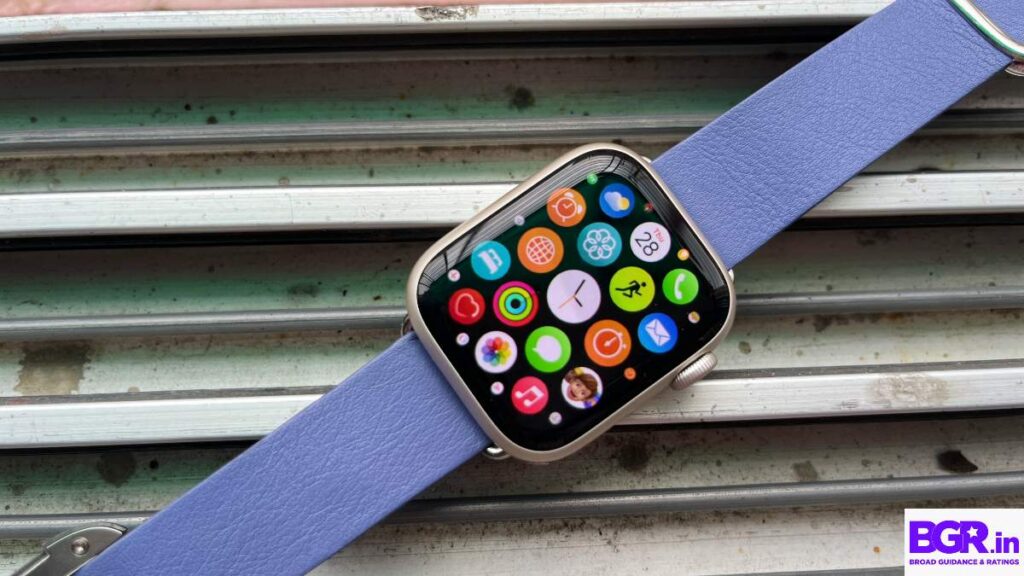 If you’re an iPhone user who also enjoys working out, an Apple Watch is a must-have accessory. I’ve had an iPhone for a long time, and the model I’m currently using is the iPhone 13. While the current iPhone has a lot of cool features, I’ve always wished for a smartwatch that works with it. Also read: Apple is expected to release its next-generation Mac chipsets around 2023.

I recently evaluated the Samsung Galaxy Watch 4, but I had to switch to an Android device to utilise the WearOS-powered smartwatch because it wasn’t compatible with my iPhone. I’m currently wearing an Apple Watch Series 7, which pairs nicely with my iPhone. This one isn’t for you if you have an Android phone. Also read: This iPhone’s hidden button can open just about everything

I was first enthralled by the Apple Watch because it was the first one I had used in my eight years in the digital media profession. The Apple Watch Series 7 has a luxury design and a solid construction. Also Read – Apple CEO Tim Cook wishes everyone a Happy Diwali: Message to be read

The Apple Watch Series 7’s Always On Retina display is the largest ever in an Apple Watch. Everything is visible on the smartwatch, whether it’s messages, emails, or other notifications. In reality, it gives consumers the option of responding to all notifications. However, responding to texts and emails was not a pleasant experience for me.

In the Apple Watch Series 7 series, the Outlook software isn’t particularly well optimised. As a result, I had to go to my iPhone the majority of the time to respond to all notifications. The smartwatch’s keypad is excessively busy, which detracts from the overall typing experience.

Switching from one app to another or one training mode to another is a snap because to the seamless touch experience.

In terms of viewing pleasure, the Apple Watch Series 7 is appealing indoors, but the outdoor performance, in my opinion, should have been much better. Inside the house, the Watch Series 7’s screen gets rather bright and provides a nice viewing and reading experience. However, the scenario outside the house becomes a little more complicated. Even at maximum brightness, the smartwatch’s display does not appear clear in the hot sun.

Keep track of your health.

One of the best features of the Apple Watch Series 7 is how well it looks after me. The constant reminders to move about or go for a walk encouraged me to be more active than usual. It has a heart rate monitor, blood oxygen monitoring, and other health-related features. Because I could accomplish most of the activities on the watch, the Watch Series 7 also helped me cut down on my iPhone screen time. This has always been a problem for me, and the new Watch Series 7 addresses it.

The Apple Watch’s step monitoring looked to be pretty accurate over my ten days of use. When I didn’t meet my objective on a given day, the watch made me feel bad about it. Your ECG can also be measured with the Apple Watch, but it’s a complex process. You’ll need to use the software loaded within the health app that comes preinstalled on your iPhone to take your ECG.

Since the outbreak, most individuals have turned to indoor workouts rather than going to the gym. It’s encouraging to see Apple Watch Series 7 have health tracking capabilities not just for outside but also for indoors. The smartwatch notifies users every few hours and encourages them to meet the daily goal.

Another disadvantage is that fully charging the smartwatch takes a long time. It’s best to charge the Apple Watch Series 7 at night and then remove it in the morning. The watch comes with a new Magnetic USB-C cable, but you’ll need to bring your own power adapter because the retail packaging lacks one.

Who should consider purchasing an Apple Watch Series 7?

The durable design, larger display, health and smart capabilities, and frequent alerts are just a few of the best aspects of the new Apple Watch. It also allowed me to make and receive calls, but I had to frequently switch to my iPhone because the caller’s voice was not very clear on the watch. The battery is one of the few places where I believe the Apple Watch Series 7 might have been improved.

The question today is whether you should buy the Apple Watch Series 7 or not. This one makes sense if you’ve never bought an Apple Watch and have no monetary limits. If your money is tight but you still want a luxury experience, the Watch SE is the way to go.

Blood oxygen monitoring and ECG are two capabilities that the Watch SE lacks. The majority of the other functions are identical, albeit the inexpensive version lacks the luxury appearance and display experience of the Watch Series 7.

If you’re currently using the Watch Series 6 or even the Series 4 and 5, there aren’t many compelling reasons to switch to the next iteration. Unless you’re a die-hard Apple devotee who wants to keep up with the latest models.