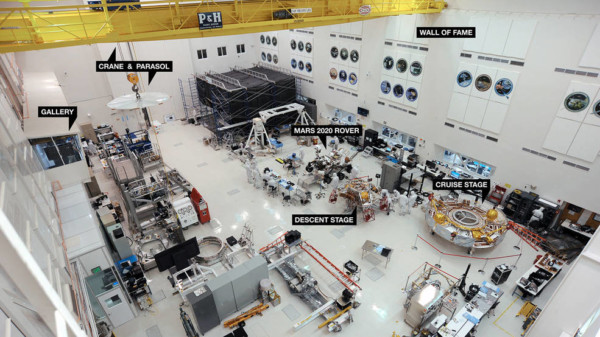 Space History Is Made in This NASA Robot Factory

Built in 1961, the Spacecraft Assembly Facility at NASA’s reaction propulsion Laboratory in Pasadena, California, is that the cradle of robotic space exploration.

The first probes launched to the Moon, Mars and Venus were assembled here. So were all of NASA’s Mars rovers, Galileo and Cassini (the first orbiters to Jupiter and Saturn), and therefore the twin Voyager spacecraft that are scouting the farthest reaches of the system. a replacement rover, Mars 2020, goes through final testing during this facility before being shipped in February to Cape Canaveral, Florida, where it’ll launch this summer.

The Spacecraft Assembly Facility’s construction marks when JPL transitioned from missiles to space exploration, consistent with JPL historian Erik Conway. “It’s where all JPL-built missions from 1962 onward were assembled,” he said. “It was originally only one high bay. They added a second in 1976, during the development of the Voyagers.”