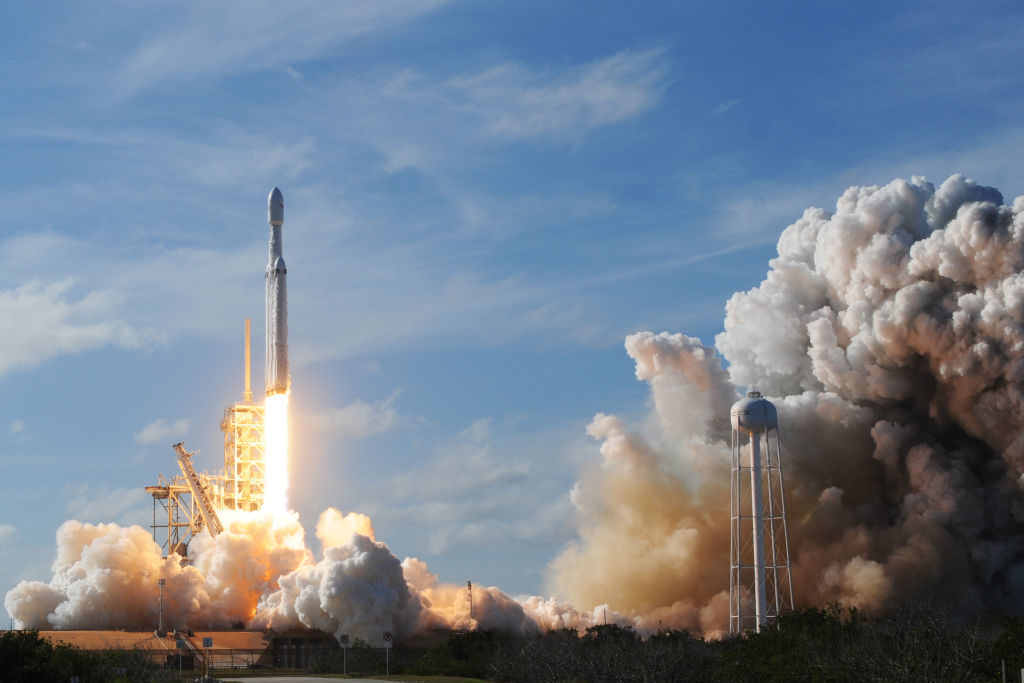 In a modest mission with the grandest of intentions, a SpaceX Falcon 9 rocket launched a planet-hunting satellite for NASA Wednesday that will measure the light from millions of stars, on the lookout for indications of Earth-like, potentially habitable worlds scattered across the nearby Milky Way.

Building on the legacy of NASA’s trail-blazing Kepler mission, which showed that exoplanets are commonplace, the $337 million Transiting Exoplanet Survey Satellite, or TESS, will study vastly more stars across 85 percent of the sky in a bid to pinpoint thousands of new planets with the emphasis on Earth-size or slightly larger.

“People have always wanted to know are we alone in the universe,” said Paul Hertz, director of astrophysics at NASA Headquarters. “Up until 20 years ago, we didn’t know of any planets beyond our own solar system. Now, we know that for every star in the sky that you look at, there’s probably a family of planets around it.

“Missions like TESS will help us keep learning so that eventually we can answer the question, are we alone? Or do we just have the best prime real estate in the galaxy?”

The Falcon 9, with TESS nestled in a protective nose cone, blasted off from pad 40 at the Cape Canaveral Air Force Station at 6:51 p.m. EDT (GMT-4), climbing away to the east through a cloudless sky. The launching came two days late to carry out additional guidance, navigation and control analysis.

After boosting the rocket out of the dense lower atmosphere, the first stage fell away and flew back to a landing on the deck of an off-shore drone ship. The launching marked SpaceX’s eighth so far this year and the 53rd of a Falcon 9 overall. The company’s landing record now stands at 24 successful booster recoveries, 12 on land and 12 on the deck of a ship.

Once on station, TESS’s four 16.8-megapixel cameras, each equipped with four state-of-the-art CCD detectors, will spend at least two years monitoring starlight across the southern and then northern skies, on the lookout for the tell-tale dimming that occurs when a planet moves in front of its host star — a transit — as viewed from the spacecraft.

By carefully studying how the light dims and then brightens, astronomers analyzing TESS data will be able to detect the presence of worlds around countless stars across 85 percent of the sky, ranging from Earth-size planets to so-called “super Earths” and on up the scale to gas giants as large or larger than Jupiter.

But the goal is to identify stars hosting relatively small, rocky Earth-like planets orbiting in the habitable zones of their suns at distances that allow water to exist as a liquid, a requirement for life as it is known on Earth.

Prime candidates from TESS’s survey will, in turn, be studied in detail by NASA’s powerful James Webb Space Telescope after its launch in 2020, by an upcoming European Space Agency space telescope and follow-on spacecraft as well as huge ground-based observatories currently under construction.

“You can think of TESS as the finder scope for the James Webb Space Telescope,” astrophysicist Padi Boyd, TESS deputy project scientist, told CBS News. “TESS is basically the discoverer, it’s going to find the really exciting planets that we can then follow up with powerful telescopes.”

Hertz said with those larger telescopes, “we’ll be able to look for tell-tale signs in the atmospheres of those planets that might tell us what the planets are made of and perhaps even whether they have the kinds of gases that on Earth are an indication of life.”

“TESS itself will not be able to find life beyond Earth,” he said, “but TESS will help us figure out where to point our larger telescopes in that search.”

Since its launch in 2009, NASA’s Kepler space telescope, which also monitored shadow transits, has discovered thousands of exoplanets in a target area much smaller than TESS’s. Based on statistical analysis, astronomers now believe virtually every star in the Milky Way hosts, or once hosted, one or more planets.

Built by Orbital ATK, TESS was designed to take the search for exoplanets to another level, vastly expanding the number of stars monitored.

TESS’s four cameras are arranged to shoot 24-degree-wide squares stretching from the celestial equator to the poles, spending 27 days to collect a single 96-degree long sector. The spacecraft then will adjust its orientation and spend another 27 days collecting another sector. And so on.

During a 27-day observation period, TESS will monitor the brightness of every star visible in all four MIT-built cameras every half hour. Fifteen thousand stars in each sector, selected before launch as prime candidates to host exoplanets, will be monitored every two minutes.

It will take a year to collect the 13 sectors needed to map the southern sky and another year to map its northern counterpart.

By the end of its initial two-year mission, TESS will have measured starlight across 85 percent of the sky. And unlike Kepler, the new observatory is optimized to study light from the most common stars in the galaxy, reddish M dwarfs that are smaller and cooler than Earth’s sun.

“We’re very sensitive to cool stars,” said George Ricker, TESS principal investigator at the Massachusetts Institute of Technology. “It turns out that the majority of the stars in the Milky Way are cool stars that have a temperature about half that of the sun.

“So we’ve optimized the field in such a way, because these are the types of stars that were really not possible to explore very well with Kepler.”

And because the M dwarf stars are one-half to one-quarter the diameter of Earth’s sun, when an exoplanet passes in from “it makes a much deeper shadow,” Ricker said. “Also, they’re cooler, so they emit less light, therefore the habitable zone is very close in, and the probability that you’re going to have a transit is greatly increased.”

“You can go out on a dark night and you can see 6,000 stars or so in the sky with your naked eye,” said Ricker. “We’re going to look at every single one of those stars, and that’s the real science yield that we’re going to have with TESS.

“Once we find the planets associated with them, those are going to be the primary candidates that everyone — all astronomers for centuries to come — (are) going to focus on. That’s the excitement that we have about this mission. This is really a mission for the ages.”

The stuff of science fiction just a few decades ago, astronomers now envision using powerful new ground- and space-based telescopes in the years ahead to spectroscopically study starlight passing through the atmospheres of such exoplanets to look for traces of chemicals generated by industrial activity.

While that will take instruments not yet built, “the TESS planets should be really great candidates for us to start to peer into the atmospheres of these planets with spectroscopy, what allows us to put together the atoms and molecules making up that atmosphere,” Boyd said.

But it will not be easy, and “we’re going to need extremely large telescopes to start to really put the signatures of the atmospheres into perspective and search for life signs,” she said.

Kepler, Boyd said, was designed to answer one question: how common are Earth-like planets orbiting in the habitable zones of sun-like stars.