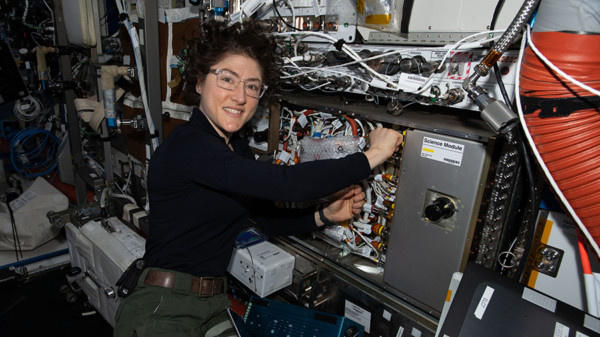 NASA astronaut Christina Koch and two fellow Expedition 61 crewmembers are in their final week aboard the International space platform . the opposite three lab residents are gearing up for next week’s arrival of a U.S. space freighter.

Koch will conclude a 328-day mission aboard the orbiting lab on Thursday. Koch blasted off to hitch the station crew on March 14 with Expedition 59-60 crewmates Nick Hague and Alexey Ovchinin. Hague and Ovchinin have since returned home on Oct. 3.

Koch will land in Kazakhstan Thursday at 4:12 a.m. EST (3:12 p.m. Kazakh time) aboard the Soyuz MS-13 crew ship with Alexander Skvortsov of Roscosmos and Luca Parmitano of ESA (European Space Agency). Skvortsov and Parmitano began their mission with NASA astronaut Andrew Morgan on July 20. Morgan is thanks to return to Earth in April.