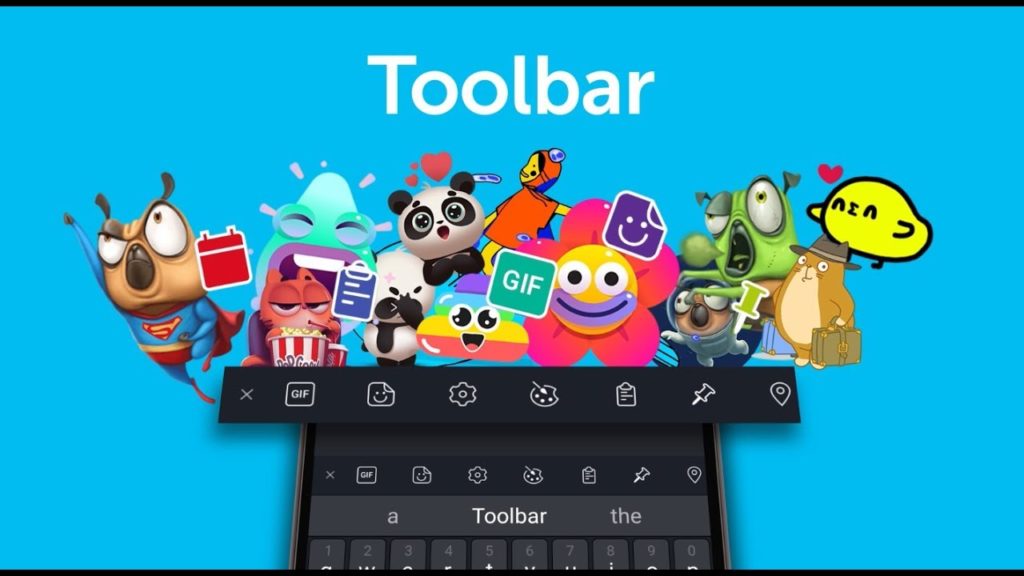 SwiftKey 7.0 brings in big changes under a small ‘+’

New Delhi, March 16th, 2018:  SwiftKey, Microsoft’s market-leading intelligent keyboard, has launched its most significant product update since its acquisition by Microsoft in April 2016.

In today’s 7.0 update, SwiftKey is replacing the existing Hub with Toolbar, an expandable menu that gives fast and easy access to a host of new and existing frequently used features, on both Android and iOS. Toolbar can be found under the new ‘+’ sign on the left of the prediction bar.

Also included in the update is Stickers, providing SwiftKey users with a way to add extra personality to a message. Some sticker packs can be edited before being inserted, with exclusive Microsoft packs also coming soon.

Edited Stickers can be saved and accessed later in Collections, which can be accessed via the pin icon on the Toolbar. Collections provides a place to store personalized and favorite stickers, media and edited photos that can be used at any time and within most apps.

SwiftKey also announced more features due to be released soon. Location sharing (available in US and India) will allow users to quickly insert the address of their current location, and Calendar sharing will help users insert a calendar appointment in a couple of taps.

Chris Wolfe, Principal Product Manager at SwiftKey comments; “People are using more and more GIFs, stickers and emoji. Our research shows that 77% of Indian smartphone users insert stickers at least several times a week. The objective of SwiftKey 7.0 is to make these faster and easier than ever before. Toolbar makes that possible, as well as offering more personalized content that SwiftKey users can store in Collections.

“Today’s release shows our ambition to improve users’ experience with rich media. We’ll soon bring support for Calendar sharing as well as Location sharing in India and the US, continuing our commitment to bring the best possible typing experience to our users in India.

“We remain committed to making regular typing as fast and easy as possible for the Indian consumer. In this release, we are including 10 new ‘Lish’ languages which allows more Indian users to communicate in their preferred style. With the support of Microsoft, you can expect to see more innovations in both regular and rich media typing coming soon.”

SwiftKey’s new features cater to the increased popularity of rich media messaging. SwiftKey users now send over two billion emoji per week, around 1/3 use emoji on any given day and the use of emoji continues to rise with 20% more emoji being used now than 12 months ago. The number of GIFs being sent on SwiftKey has also continued to climb with users sending a 10% increase in GIF messages over the past six months.

SwiftKey’s core features continue to provide fast, easy and accurate typing, with market leading autocorrect, flow and next-word prediction. Today’s additions complement the existing SwiftKey offering with the ability to add more expression to messages with emoji, GIF and the new Stickers. All new and existing non-core typing features will sit in Toolbar, providing the same fast and easy access to GIFs and Stickers, as Settings, Themes and Clipboard.

SwiftKey is available to download free from Google Play and the Apple App Store.

Microsoft’s mission is to empower every person and every organization on the planet to achieve more. SwiftKey joined Microsoft in April 2016 and is committed to providing users with the world’s most intuitive and personalized keyboards. SwiftKey’s predictive keyboard apps adapt to the way you type, allowing you to spend less time correcting your typos and more time expressing what you really mean.
SwiftKey users have saved an estimated 20 million hours per week with our AI-powered, intelligent technology.

Founded in London in 2008 and acquired by Microsoft in 2016, SwiftKey’s technology supports 200+ languages and is available on both Android and iOS. Learn more at www.swiftkey.com.