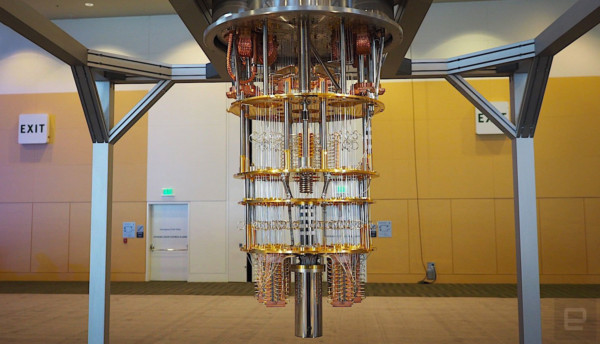 The Need, Promise, and Reality of Quantum Computing

Despite giving us the most spectacular wave of technological innovation in human history, there are certain computational problems that the digital revolution still can’t seem to solve. Some of these problems could be holding back key scientific breakthroughs, and even the global economy. Although conventional computers have been doubling in power and processing speed nearly ever two years for decades, they still don’t seem to be getting any closer to solving these persistent problems. Want to know why? Ask any computer scientist, and they’ll probably give you the same answer: today’s digital, conventional computers are built on a classical, and very limited, model of computing. In the long run, to efficiently solve the world’s most persistent computing problems, we’re going to have to turn to an entirely new and more capable animal: the quantum computer.

The hard limits of classical computing

For several decades now, the sheer speed and computational power of conventional computers has been doubling every two years (and by some accounts just eighteen months). This is known as Moore’s law. Although the breakneck pace of progress may have finally begun to slow slightly, it’s still more or less true that the room-filling supercomputer of today is the budget laptop of tomorrow. So at this rate, it seems reasonable to assume that there is no computational task that a conventional computer couldn’t eventually tackle in the foreseeable future. Nonetheless, unless we’re talking trillions of years (and then some), that’s simply not a safe assumption when it comes to certain stubborn tasks.

The fact is that a computational task such as quickly finding the prime factors for very large integers is probably out of reach for even the fastest conventional computers of the future. The reason behind this is that finding the prime factors of a number is a function that has exponential growth. What’s exponential growth? Well let’s dive into it because this is a very important piece for understanding why quantum computers have so much potential and why classical computers fall short.

Some things grow at a consistent rate and somethings grow faster as the number of “things” you have also grows. When growth becomes more rapid (not constant) in relation to the growing total number, then it is exponential.

This definition can be a bit hard to get your head around without an example, so let’s dive into a quick story.

There is a legend in which a wise man, who was promised an award by a king, asks the ruler to reward him by placing one grain of rice on the first square of a chessboard, two grains on the second square, four grains on the third and so forth. Every square was to have double the number of grains as the previous square. The king granted his request but soon realized that the rice required to fill the chessboard was more than existed in the entire kingdom and would cost him all of his assets.