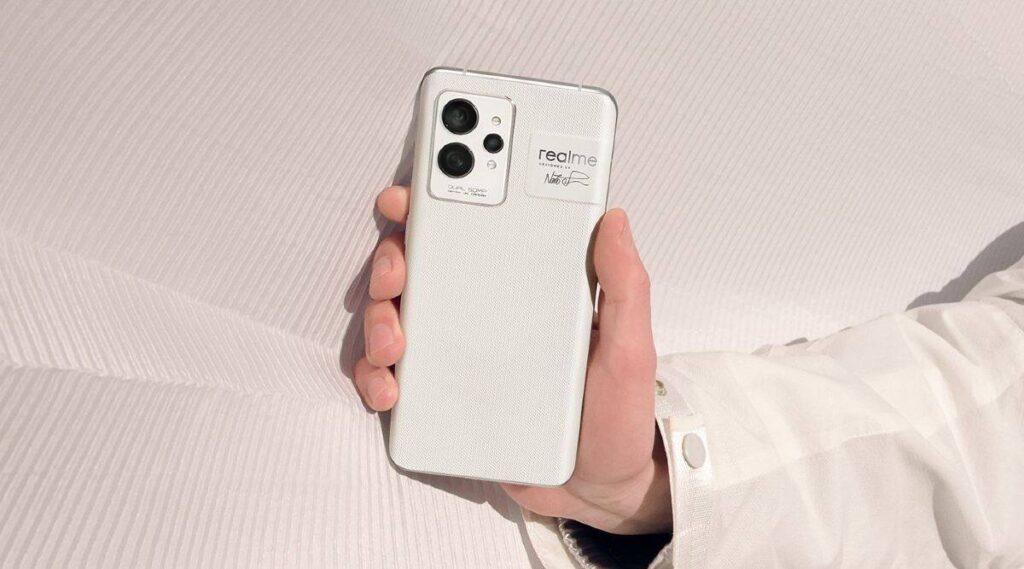 The new paper-inspired design of the Realme GT 2 Pro has been unveiled.

The Realme GT 2 series is slated to ship in early 2022, and the company used social media to reveal the design of the series’ top-end variation, the Realme GT 2 Pro, ahead of the January 4 launch event. On the back, the photographs show a triple-camera arrangement and a white back panel with a paper-like texture.

The “Paper Tech Master Design,” as Realme puts it, may also make it to the ordinary Realme Gt 2, although we don’t know for sure. According to the corporation, the new design would be more environmentally friendly as well.

“Realme thinks that materials have the ability to push design boundaries in any direction. All Realme items must have a distinct design, but the environment will not be sacrificed in the process. Realme believes that style and sustainability do not have to be mutually exclusive in this case. “Realme believes in the harmony of technology and the environment,” the company said in a statement, according to Pocket Lint.

While the company hasn’t divulged much about the device so far, it has previously stated that the GT 2 Series will include a bio-polymer material and a 150-degree field of view ultrawide camera. 360° NFC technology is also believed to be included.

The latest Qualcomm Snapdragon 8 Gen 1 chip, which we may see on the vanilla Realme GT, is expected to power the Realme GT 2 Pro. Other details and features should be published in the following days or on the day of the debut.

While there is no official confirmation of the Realme GT 2 series’ international availability, we may expect it to arrive in other regions, including India, in the coming months.