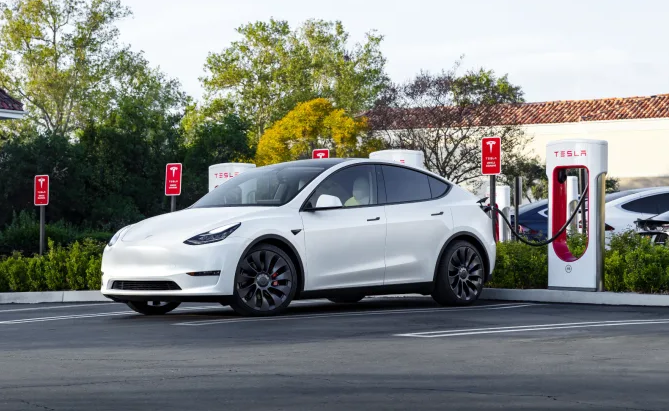 TikTok and ‘Sonic’ have been added to Tesla’s infotainment system as part of the holiday upgrade.

Tesla’s annual holiday update has begun rolling out to the automaker’s electric vehicle fleet, and it includes a long list of upgrades and new features. The TikTok app on Tesla Theater is possibly the most important addition for people addicted to scrolling on TikTok. So long as their car is parked, they’ll be able to navigate through the platform’s short-form films — on repeat if they wish — immediately on their vehicle’s screen, according to Electrek’s update notes.

Owners will now find the Light Show function in Toybox, which Tesla first offered as an Easter Egg on the Model X in 2015. A synchronized light show for the Model X features both flashing lights and opening falcon wing doors, but other versions will only get the former. Tesla’s app launcher is now fully customisable, allowing users to drag and drop their favorite apps into the bottom menu bar. It’s also making navigation easier by making most of the primary features, such as charging and windshield wipers, more accessible.

Drivers can select the new “Automatic Blind Area Camera” option under Autopilot in Controls to receive a live camera view of their blind spot when they engage their turn signal. In addition, drivers can now edit Waypoints to add new stops or start new navigation routes with updated arrival times. The holiday bundle also includes changes that are appropriate for the season, such as automated seat heating that can adjust front row seat temperatures based on cabin conditions, as well as other cold-weather enhancements.

Furthermore, drivers can now delete dashcam video directly from the touchscreen and disable map details to eliminate distractions. Finally, in terms of amusement, Tesla has introduced Sonic the Hedgehog and Sudoku to its Arcade – however we strongly advise that you play any Arcade game when parked. The New York Times reported earlier this month that Tesla enabled drivers to play games while driving, which the National Highway Traffic Safety Administration is discussing with the firm. In a statement to Engadget, the agency said: “Distraction-related crashes are a worry, especially in vehicles with a variety of convenience features like entertainment screens. We are aware of driver concerns and are speaking with the manufacturer about the feature.”