There’s a reason why WhatsApp remains the most popular instant messaging platform. It continues to evolve with time and is actively bringing new features to the platform. It’s no surprise that It has grown manifolds over the past year what’s driving this growth is the announcement of features that are widely appreciated by one and all. One of the features rolled out by the company late last year was the ability to delete messages once they have been sent. However, it looks, like there is a hack how the receiving party can retain that deleted message.

As found by The Next Web, the deleted message can be retained by the ones who have received them. This can be done as soon as the receiver gets the message or at any point between seven minutes, after which the message cannot be deleted.

WhatsApp has not yet given an official statement about this bug in the particular feature that defeats the whole purpose of it. We expect the Facebook-owned instant messenger to rectify it in the coming days as a part of an update. Until then, make the most you can using this bug.

This is not the only bug found for the particular feature. 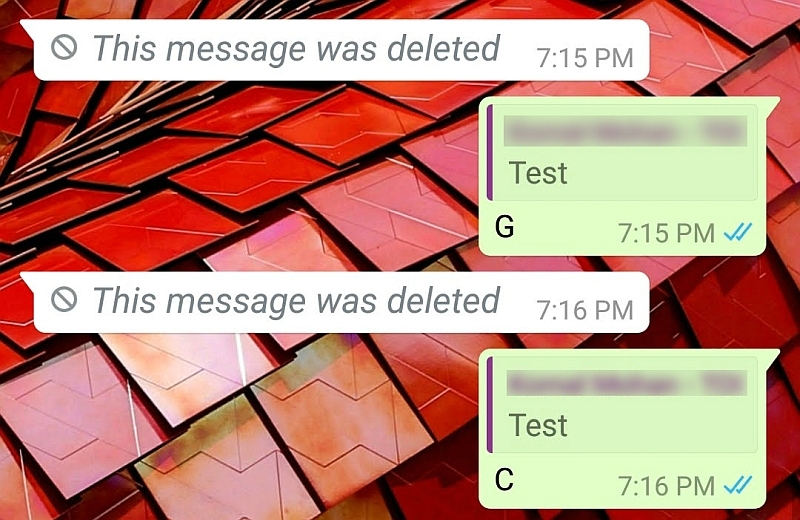 According to a recent post by Spanish blog, AndroidJefe, users can still delete a message even after 7 minutes after sending it. The hack works for both read and unread messages.

This means you can delete/recall a message even after it has been read. The process, however, may take a few extra minutes at times for the message to get deleted from the recipient’s phone.