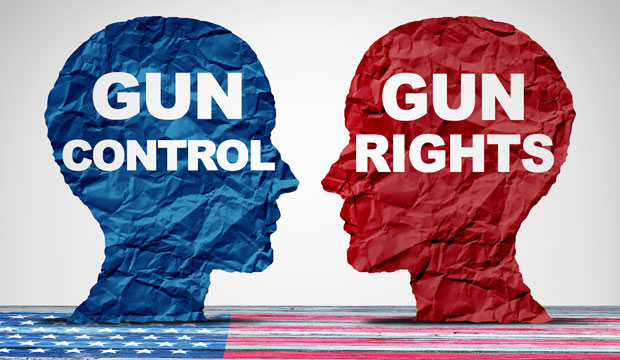 YouTube this week announced that it will ban videos related to the sale or assembly of firearms, as well as certain gun accessories including bump stocks. The new rules will take effect in April. YouTube is a division of Alphabet-owned Google.

Under the new rules, all videos that show how to construct or even repair a firearm are banned — even those from long-established YouTube channels.

The new policy also bans videos that show how to reload ammunition. Videos that provide information on how to make modifications that involve anything simulating automatic fire are banned, as are those showing how to use high capacity magazines.

YouTube already had a policy in place that banned videos involving the sale of firearms, but critics complained the rules were loosely enforced. YouTube has promised to monitor and remove all offending content and to suspend those who fail to comply with the rules.

This week’s announcement followed last month’s school shooting in Parkland, Florida, which sparked a national protest movement led by students who survived the attack. The group organized the March for Our Lives, which is scheduled to take place Saturday in Washington, D.C., with sister marches planned across the U.S. and elsewhere in the world.

YouTube is just the latest U.S. business to distance itself from the firearms industry and the National Rifle Association, the largest American gun lobby group. Many gun rights activists have threatened to protest and even boycott businesses that have taken such actions.

Gun rights supporters have been vocal about the YouTube ban, especially as YouTube continues to allow clips from violent video games and violent action scenes from movies.

The latest gun video ban amounts to censorship, they have argued, and it unfairly bans videos that are largely educational, including many that promote the safe use of firearms.

“YouTube’s announcement of a new firearms content policy is worrisome, because we suspect it will be interpreted to block much more content than the stated goal of firearms and certain accessory sales,” said Michael Bazinet, spokesperson for the National Shooting Sports Foundation.

“We see real potential for the blocking of educational content that serves instructional, skill-building and even safety purposes,” he told TechNewsWorld.

“The policy is deliberately vague and capricious,” charged competitive shooter Iain Harrison, who is also the editor of Recoil magazine.

“This will have a chilling effect not only on the specific content creators targeted by it, but also anyone who produces any firearm related content at all,” he told TechNewsWorld.

“Much like Facebook, YouTube now acts as a virtual public square,” noted NSSF’s Bazinet. “The exercise of what amounts to censorship, then, can legitimately be viewed as the stifling of commercial free speech, which has constitutional protection.”

YouTube’s decision to ban firearms-related videos came in the wake of several high profile mass shootings. Recent student walkouts have shown the rise of a vocal movement calling for something to be done about gun violence.

The moves by YouTube and other companies seem to be in response to those vocal calls, but they likely will have little impact on the open sharing of such content.

“This is a very dramatic change in policy for YouTube and Alphabet,” said Greg Sterling, vice president of strategy and insight at the Local Search Association.

“It makes sense as a moral decision, in the wake of all the school shootings and other mass gun violence, and it also makes sense in the larger context of trying to remove content that promotes or could incite violence,” he told TechNewsWorld.

Countries all over the world have been pressuring Google to ban or remove extremist or terrorist content in recent months. In the aftermath of the recent mass shootings, gun videos could fall into that group.

“Gun rights supporters will argue this is in a different category or tramples on their rights, but it’s simpler and in some ways cleaner to ban the entire category of gun demo videos rather than try to assess each one individually,” Sterling pointed out.

However, YouTube has allowed many videos that show people engaging in activities that are arguably very dangerous.

“Some of the ‘Jackass’ stuff does promote bad behavior as well, so ban that entire class of video and not just the ones with guns,” argued Rob Enderle, principal analyst at the Enderle Group.

The YouTube ban “just seems to fall in the ‘let’s do something even though it won’t have meaning’ class of things,” he told TechNewsWorld.

“If people are being hurt as a result of videos, regardless of whether there are guns in them or not, then perhaps consider banning those,” he suggested.

“Just banning gun videos fuels the view that guns are being singled out and helps the NRA sell guns, which I doubt is their intent,” Enderle said. “This is simply another example of Google being largely tone deaf and not matching the solution to the problem.”

YouTube’s ban is unlikely to keep instructional videos off the Web. While some content may move to the “Dark Web,” it is likely that some could find a home with a YouTube competitor.

“It’s quite possible that there will be another place online featuring gun-related videos that would compete with YouTube,” Sterling suggested.

Recoil has started to host its own videos — and it plans to provide a way for others to post theirs.

“We saw [YouTube’s earlier bans] as part of a long-term strategy to ostracize gun owners, so a couple of years ago built a video player on our website and will be offering server space to people affected by the ban,” Recoil‘s Harrison told TechNewsWorld.

Such efforts are not likely to expand to the mainstream, however.

“YouTube’s appeal is far broader,” said Sterling, “and it doesn’t have anything to fear really from a niche site like that.”