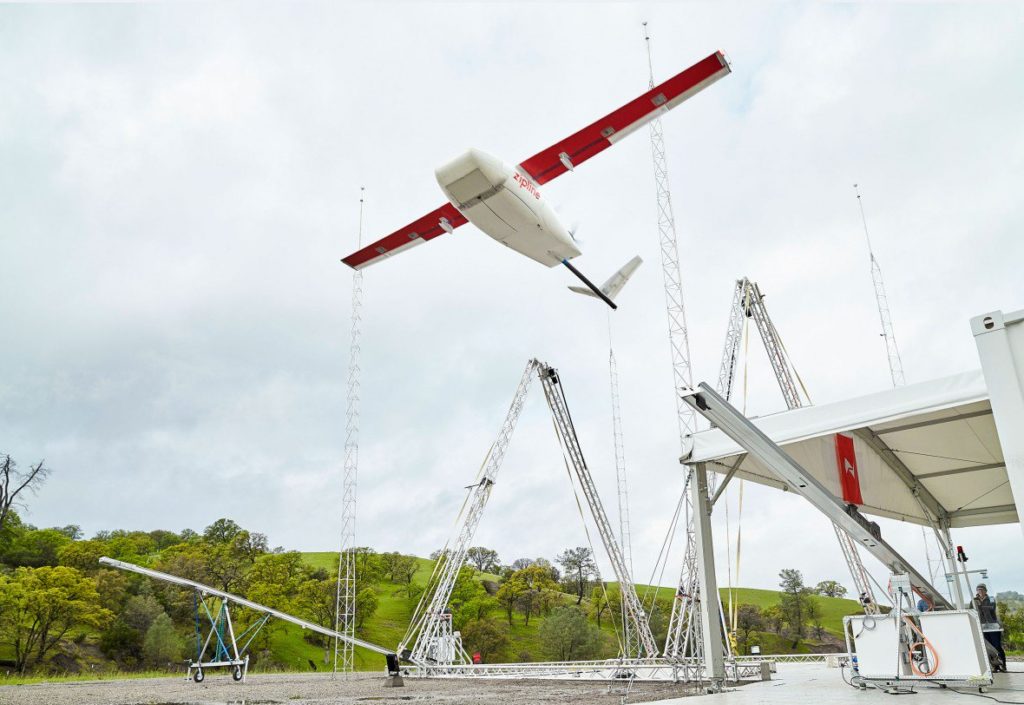 The California-based startup’s new machine takes to the skies just as the US is about to loosen rules governing drone operations.

couple of years ago, Zipline created a national drone delivery system to ship blood and drugs to remote medical centers in Rwanda. Now it has developed what it claims is the world’s swiftest commercial delivery drone, with a top speed of 128 kilometers an hour (a hair shy of 80 miles per hour).

Zipline is hoping its new fixed-wing aerial robot, which is both speedier and easier to maintain than its predecessor, will help it win business in an industry that’s attracted plenty of big players. They include Amazon, which has been testing its Prime Air drone delivery service for years in the UK and elsewhere, and Project Wing, part of Alphabet’s secretive X lab, which is using its drones to deliver pharmaceuticals and burritos in a pilot project in Australia.

Soon these and other companies will be able to experiment more in America, too. Next month, the US government is expected to green-lighta number of agreements between private drone operators and states and local entities that want to test drone services involving “beyond-line-of-sight operations,” which means drones can no longer be seen from the ground by a human minder.

Zipline has had plenty of experience of this in Rwanda, where its drones have already flown some 300,000 kilometers in over 4,000 flights since its service started in October 2016 (see “Zipline’s ambitious medical drone delivery in Africa”). The company has also launched a similar operation in Tanzania.

Keller Rinaudo, Zipline’s CEO, says its African experience has inspired it to overhaul its entire logistics system, not just its drones. It has revamped the distribution centers where the drones are stored and loaded, and it’s using computer-vision technology to assist with pre-flight checks. These and other changes have slashed the time between receiving an order and getting a drone into the air from 10 minutes to just one.

A streamlined launch-and-recovery system plus more and faster drones means that Zipline will now be able to manage 500 flights a day out of a single center, compared with 50 previously. The company boasts that its fixed-wing drones can serve a much greater area than typical quadcopter ones, carrying a load of up to 1.75 kilograms on a round trip of up to 160 kilometers.

Timothy Reuter, who heads the Drones and Tomorrow’s Airspace initiative at the World Economic Forum, reckons that Zipline can leverage its experience in Africa to help organizations elsewhere improve the efficiency of supply chains using its drone technology. Still, the business will face stiff competition from the likes of Amazon and X’s Project Wing, which are designing drones that can deliver all sorts of things without the need for much infrastructure on the ground.

Rinaudo’s bet is that speed will give Zipline an edge when it comes to delivering urgent medical supplies and other goods. The startup has signed partnerships with several health-care systems in the US and hopes to have projects up and running by the end of the year. “The biggest thing we learned [in Africa] is that speed is everything,” he says. “We’ve shown that this technology can save lives abroad; now we’re going to show that it can save lives in the US too.”