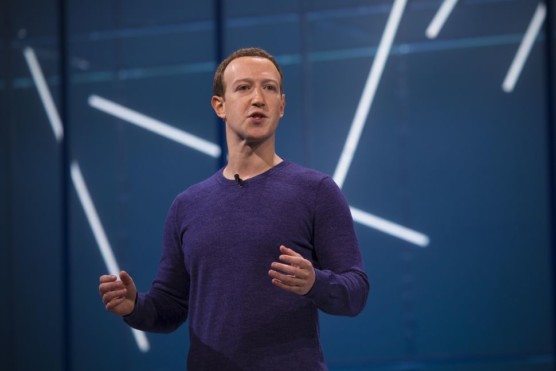 During his biggest speech of the year, the social network’s CEO sidesteps controversy, argues Facebook is still good for the world.

In the days leading up to F8, Facebook’s annual developer fest, the social network has been clear about its message.

In a rare commercial spot, which debuted last week and aired during the heavily watched NBA Playoffs, Facebook offered an earnest mea culpa. The commercial starts by highlighting the social network’s roots in connecting friends. “But then something happened,” a voice says. “We had to deal with spam, clickbait, fake news and data misuse.”

Then the voice says: “That’s going to change.”

On Tuesday, Mark Zuckerberg, the 33-year-old CEO of Facebook who’s made billions from his social network, doubled down on that promise. He did so onstage before 5,000 software developers, assembled media and a host of cameras broadcasting his words worldwide.

“If you believe, like I do, that giving people a voice is important, that building relationships is important, that creating a sense of community is important, and that doing the hard work of trying to bring the whole world closer together is important, than I say this: We will keep building,” Zuckerberg said in San Jose, California. He spoke with the cadence of a politician rousing a crowd at the end of a stump speech.

The F8 keynote is Zuckerberg’s biggest speech of the year — an address where he often gets personal and talks directly to Facebook’s 2.2 billion users. Last year, he spoke about the violence being broadcast on Facebook Live, the social network’s livestreaming service. The year before that, he spoke out against “building walls,” in what many believed to be a veiled shot at then-presidential candidate Donald Trump. A year before that, he reflected on turning 30 years old.

This year, the speech came on the heels of the biggest crisis in Facebook’s 14 years of existence. The social network was rocked by a scandal last month involving Cambridge Analytica, a digital consultancy that inappropriately accessed data on as many as 87 million Facebook users. Before that, Facebook was skewered for not doing enough to prevent Russian trolls from spreading fake news and divisive content on the platform in an attempt to meddle in the 2016 US election.

“There’s no guarantee that we get this right,” Zuckerberg said. “We will make mistakes, and there will be consequences, and we will need to fix them. But what I can guarantee is that if we don’t work on this, the world isn’t moving in this direction by itself.”

The appearance was a chance for Zuckerberg to publicly address Facebook’s problems on his own terms. Earlier this month, Zuckerberg found himself on national TV trying to make amends for Facebook’s screwups, but the situation was anything but a controlled environment. He sat in the hot seat for 10 hours for two congressional hearings. During the grilling, Zuckerberg was asked about illegal opioid listings on Facebook, perceived bias against conservative content and accusations the social network has fueled genocide in Myanmar.

The setting was far more comfortable on Tuesday. Attendees gathered in a packed conference hall with pulsating blue lights and loud pop music playing as they took their seats. Zuckerberg was wearing a long-sleeve blue shirt and jeans — not exactly his standard gray, but much more relaxed than the suit and tie he wore on Capitol Hill.

Even while Zuckerberg apologized on stage for the scourges that have recently haunted Facebook, he tried to get on with business as usual.

During the two-hour keynote, Facebook made announcements related to virtual and augmented reality, its chat app Messenger and Instagram. The company teased a new VR feature that could transport you into your childhood home. The social network even announced a new dating app feature.

Still, the event, which was aimed at wooing software developers to build for Facebook’s platform, was overshadowed by the Cambridge Analytica scandal. The controversy has spurred Facebook in recent weeks to tighten its grip on the data it usually shares with developers and third parties.

“Our goal here isn’t to be difficult,” said Ime Archibong, head of partnerships. “It’s only to ensure the small minority of bad actors doesn’t ruin it for everyone.”

In January, Zuckerberg pledged to “fix” Facebook. The CEO is known for his elaborate annual challenges, sort of New Year’s resolutions on steroids. In the past, he’s vowed to learn Mandarin, build an artificially intelligent digital assistant for his house, and only eat meat from animals he’s personally slaughtered.

The New Year’s pledge came as Zuckerberg tried to address Russian meddling on its platform. The Cambridge Analytica scandal would come two and a half months later.

Zuckerberg acknowledged the rough patch almost from the moment he took the stage on Tuesday.

“It’s been an intense year,” he said.